Outdoors
North, south, east, west...it doesnt matter which direction you head in the Pure Michigan waters. Theres always a North Woods adventure waiting around the corner. The Lake Huron Trail, Sheltered Bays and Ancient Paths, will let you lose yourself in the turn-of-the century charm and history that is Mackinac Island or savor the waterfront pleasures of the Les Cheneaux Islands. The tour showcases Wilderness Areas, a unique campground, Nature Preserves and Overlooks.

Mackinac Island State Park
P.O. Box 370
Mackinac Island, MI 49757
Phone: (906) 847-3328
This is Mackinac Island State Park, a landscape characterized by high limestone bluffs, beautiful vistas of sparkling water, vibrant forests, and mystical geological formations. With automobiles banned since 1898, here exists a quieter way of life away from interstate noise of cities. Over 80 percent of Mackinac Island is within Mackinac Island State Park—free of charge and open year round—where you’ll discover the true natural gems of Mackinac. Whether visiting this island parkland by foot, bike, horseback, or carriage, these many majestic geological wonders and unique historical monuments are visual treasures found only here—on the island sacred to the Ojibwa and Odawa Great Lakes Indian tribes. According to them, this is where life began. You’re invited to discover why.

Search Bay Campground
FR 3436 Search Bay Rd
Hessel, MI 49745
Phone: (906) 643-7900
A beautiful, out-of-the-way beach, mostly sand, is on Search Bay at the end of FR 3436/Search Bay Road, about 1 1/2 miles south of M-134. It's popular with local people. Not many others know about it. A few picnic tables are here, and two non-reservable dispersed campsites. This is strictly primitive camping - no toilets, no water. Small boats can be launched at the boat launch here if water levels are high enough. Campers are asked to follow the principles of no-trace camping and leave the area as clean as it was when they arrived, or even cleaner. Many of the points extending into northern Lake Huron are privately owned with little public access. An exception is St. Martin's Point west of Hessel. Its east-facing shore on Search Bay and most of its interior is the easternmost part of the Hiawatha National Forest.

Gerstacker Nature Preserve
Highway 134
Cedarville, MI 49719
Phone: (906) 225-0399
The Nature Conservancy’s Gerstacker Preserve protects 879 acres of cobbled lakeshore, interdunal wetlands, conifer swamps and mixed hardwood forest. Clearly marked and well-maintained trails lead through wet bottomlands and forest-covered dunes to the edge of Little Trout Lake, alive with the calls of peeping frogs and common loons. The mixed hardwood forests provide critical breeding habitats for many types of forest birds including the black-throated blue warbler that requires thick understory shrubs for their nests. Sharp eyes can spot ruffed grouse among the birch. Near the edge of Lake Huron, marshy bogs support insectivorous sundews and rare orchids while the endangered Pitcher’s thistle and Houghton’s goldenrod grow on the adjoining dunes. This is a remarkable preserve, rich in wildlife and isolated from most human intrusions. The area is open in the winter for backcountry skiing and snowshoeing.

Drummond Island Township Park
Channel Road M-134
Drummond Island, MI 49726
Toll Free: (800) 737-8666
Phone: (906) 493-5245
Park is considered primitive. There are 48 total sites, 30 with electric and most on the water. The park has a beach, boat launch and nature trails for snowshoeing. There are two wells for water and outhouses. No shower in park, but is available in town. No reservations needed.

Maxton Plains Nature Area
Drummond Island, MI 49726
Phone: (800) 737-8666
The pieces of state-owned land that are proposed as natural area are intermixed with pieces of land that form The Nature Conservancy's Maxton Plains Preserve, all together creating a much larger, contiguous natural area that encompasses a large portion of the existing alvar. The natural community in the area has a very unusual biology, which is derived largely from the unusual geological condition and history of the site. It is a relatively undisturbed example of one of the rarest natural communities in Michigan, known as "alvar." Alvar occurs in areas where all of the soils have been scraped away by wind, water and ice, leaving the 400 million year old limestone bedrock exposed. These areas are typically treeless, the vegetation dominated by grasses, sedges and herbs that grow in cracks within the bedrock, or in a very thin soil layer over the bedrock. To some, it may look like an abandoned parking lot with weeds growing in the pavement cracks, but the life that flourishes in alvar areas is abundant and special. 2,017 acres in the northern part of Drummond Island. Hunting, pets, fires, camping, motorized and non-motorized vehicles are prohibited. 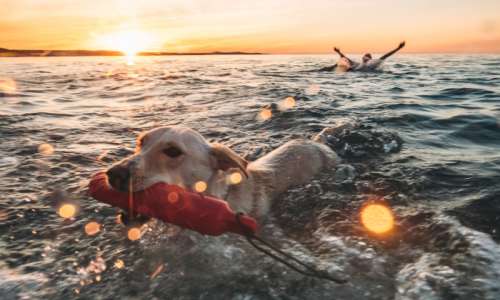 Enchanting Michigan Towns That Will Warm Your Soul This Winter
×