Home to numerous breweries and beer bars, Grand Rapids is nicknamed Beer City USA. The Beer City Ale Trail boasts 80+ breweries – that’s more incredible craft beer per square mile than just about anywhere else on earth. It’s a city where small-scale experimental home brewers taste and tinker right alongside master brewers from some of the nation’s most acclaimed names in beer. Read on to see what makes this city’s brews so special. 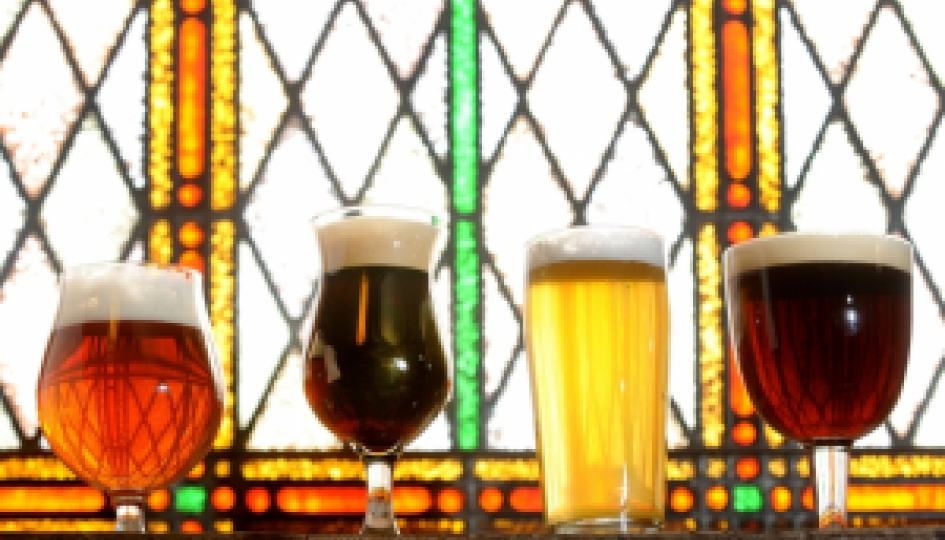 The city is full of delicious craft breweries worth popping into. Try out classic favorites like New Holland - The Knickerbocker, with a rustic, seasonal menu showcasing local and regional agriculture that pairs great with the brews, Founders Brewing Company, with large sandwiches and live music to be enjoyed while sipping beers, and Grand Rapids Brewing Company, with more than a dozen house-made beers on tap, to name a few. You can also follow the Beer City Ale Trail and check off breweries each time you explore the city!

Take a look behind the scenes at breweries throughout town to learn more about the art of brewing delicious beers. B.O.B.'s Brewery offers free tours and Brewery Vivant allows visitors on Saturdays to learn about their LEED certified brewery. You can also take tours from brewery to brewery like with Great Lakes Pub Cruiser, where you pedal down the roads with friends, and West Michigan Beer Tours. Ride with Grand Rapids Beer Tours for an immersive lesson on beer and a safe ride or ride the "Hoptimus Prime" bys with Beer City Runner.

Not only can you visit the city and taste your way through exquisite breweries, but you can stay at a hotel with beer packages! CityFlatsHotel’s package includes a CityFlatsHotel howler and a fill from the rotating beer on tap plus two official Beer City (or CityFlatsHotel) pint glasses, while the Downtown Courtyard by Marriott includes two Beer city pint glasses with Bistro logo, two local beer flights in the Bistro and more.