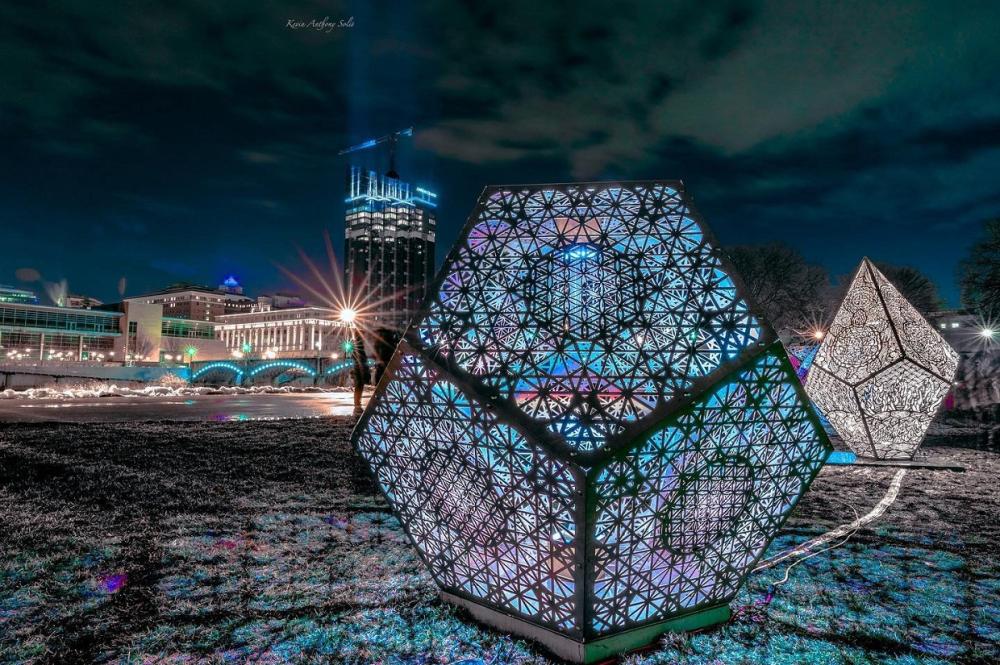 Once the site of a Native American village, this 6.5-acre park began as a bicentennial project which involved extensive public design input. The name, "Ah-Nab-Awen," was proposed by the Elders of the Three Fires Council and means, "Resting Place." The Park exhibits numerous pieces of art and interpretive markers and is often viewed in the context of the later addition to the site, the Gerald R. Ford Presidential Museum. Ah-Nab-Awen Park hosts many large community-wide festivals including the July 4th fireworks and Celebration on the Grand.