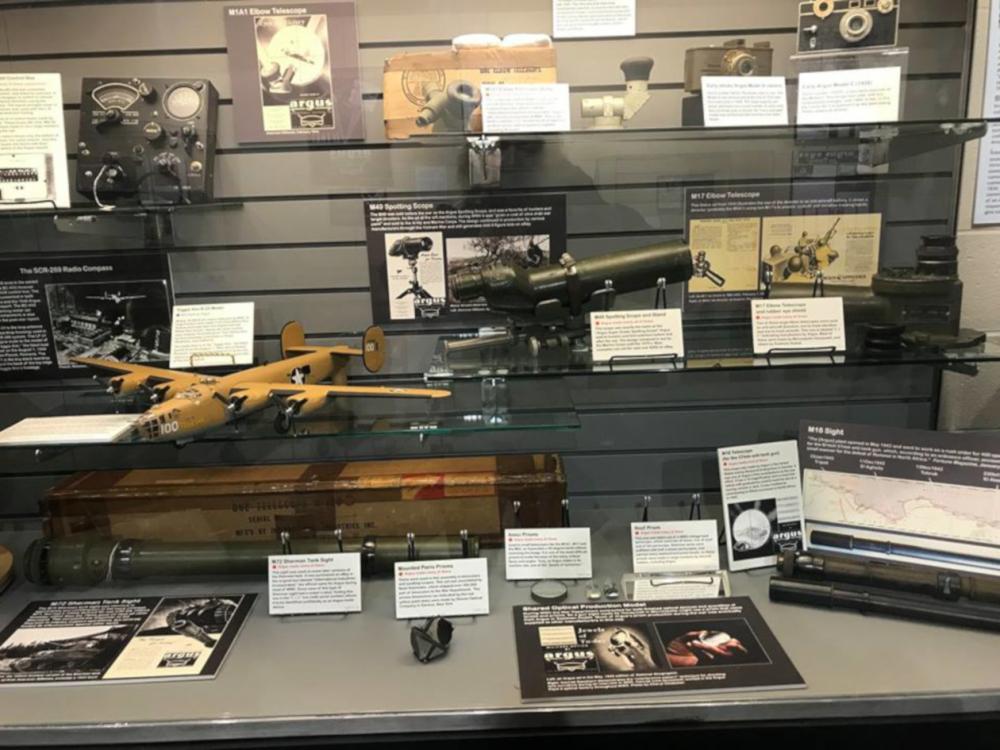 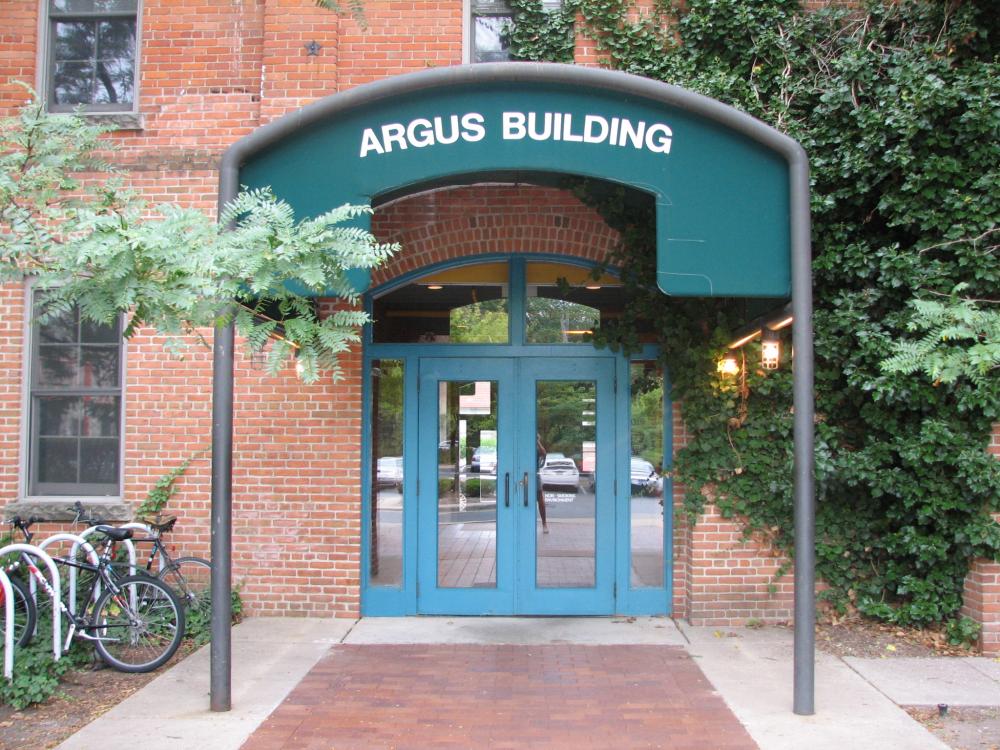 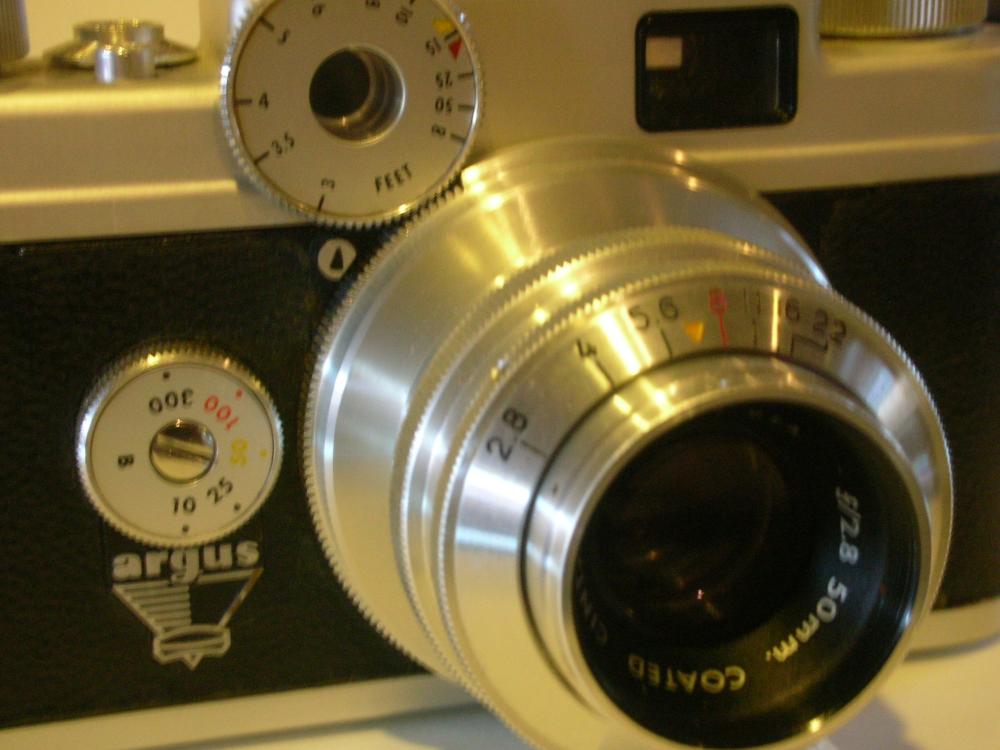 The Argus Museum is housed in one of the company’s former factory buildings. Included in the collection are rare and proto type cameras, unusual equipment and accessories, military devices, and employee memorabilia. The archives, house a large photograph collection, company documents and correspondence, and a collection of the company’s newsletter, The Argus Eyes.
Argus, which was started as the International Radio Corporation (IRC) in 1931, was established to help Ann Arbor’s economy during the Depression Era and first produced radios. Beginning in 1935, the company, then known as the International Research Corporation, began manufacturing cameras, the first being the Model A. With that camera, and its successors, the company played an important role in popularizing amateur photography by manufacturing cameras and accessories which were affordable and more easily operated. In 1940, the company became International Industries, and in 1941 changed its name again to Argus Incorporated. Argus cameras of the 1940s and 1950s are often viewed as iconic classic American-made cameras. During that time, significant photographic collections were created using Argus cameras. The company’s contribution to wartime equipment of both WWII and the Korean Conflict and its manufacturing innovations, particularly in lens grinding and polishing, are significant; Argus was given five “E” awards for its service in the war effort.