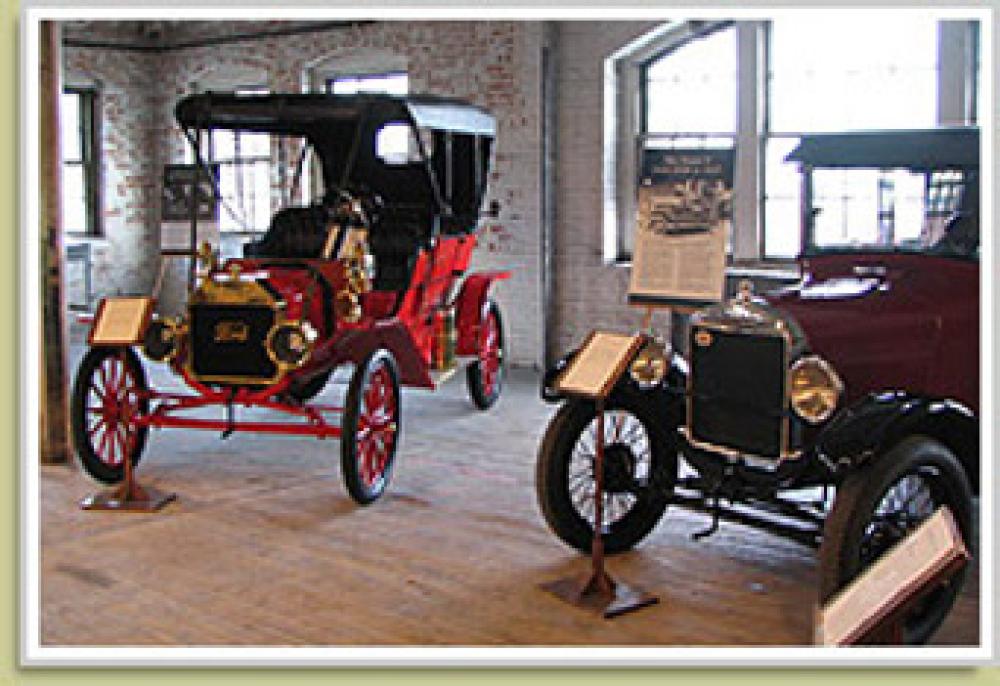 The Ford Piquette Avenue plant is well preserved and largely unchanged from its original 1904 appearance. Located in the back corner of the third floor is the secret Experimental Room where Ford developed the innovative Model T. Another exhibit spans five bays on the third floor showing the Model T during various stages of assembly. This exhibit explains the stationary assembly process with which cars were produced before the moving assembly line. Various Model Ts and other Piquette-era Fords are on display throughout the second and third floor. Several dozen interpretive panels explain the history of the building and the people who worked there. The gift shop sells Model T memorabilia, wearables and other Ford related items. Public tours Wednesday - Sunday 10am - 4pm. Tour times 10am, noon and 2pm.