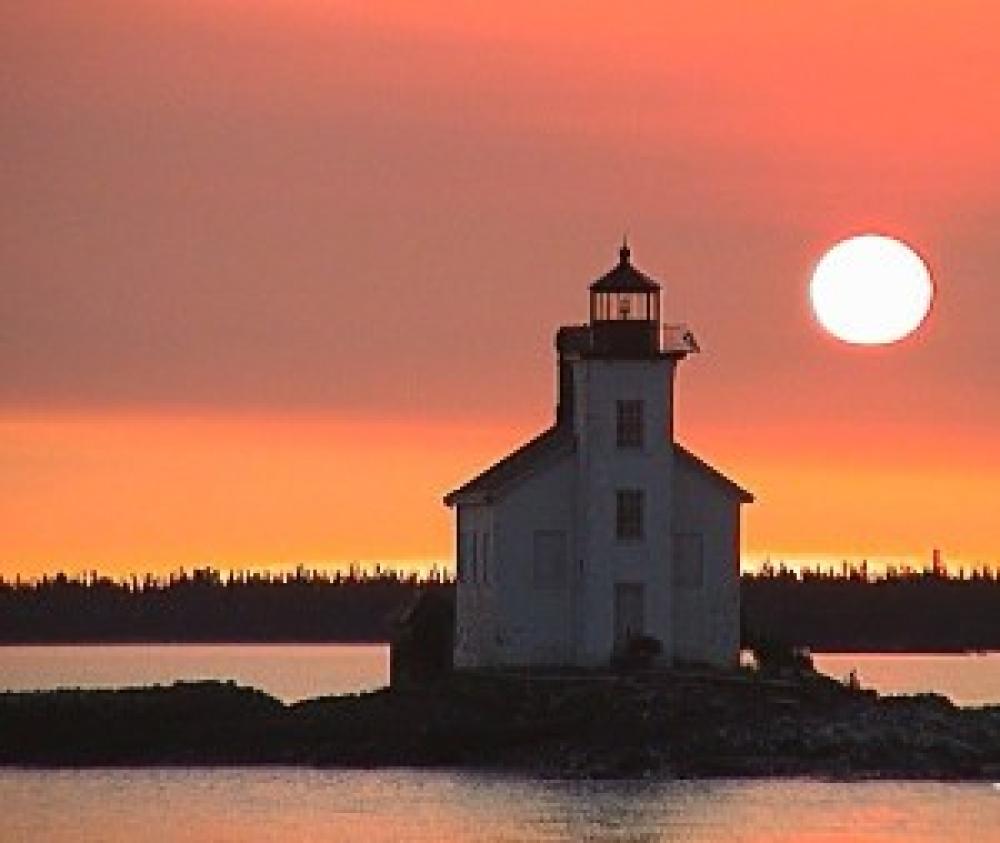 The Gull Rock Light Station is an active lighthouse located on Gull Rock, just east of Manitou Island, off the tip of Michigan's Keweenaw Peninsula in Lake Superior. This lighthouse must have been one of the loneliest assignments a Lake Superior lighthouse keeper would have to endure. The island is so small that during stormy weather waves wash over the entire area, leaving only the house and its square brick tower to withstand the forces of nature.