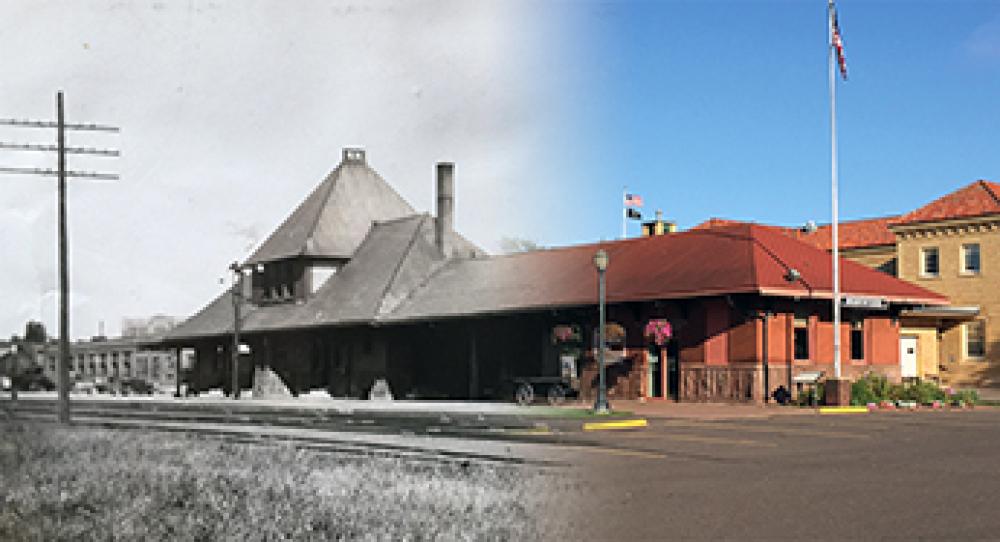 The Depot was constructed in 1892 and was active during the iron mining boom days of the Gogebic Range which ended in 1966. The beautiful structure is built of Lake Superior sandstone and red-brick in Richardson Romanesque style.