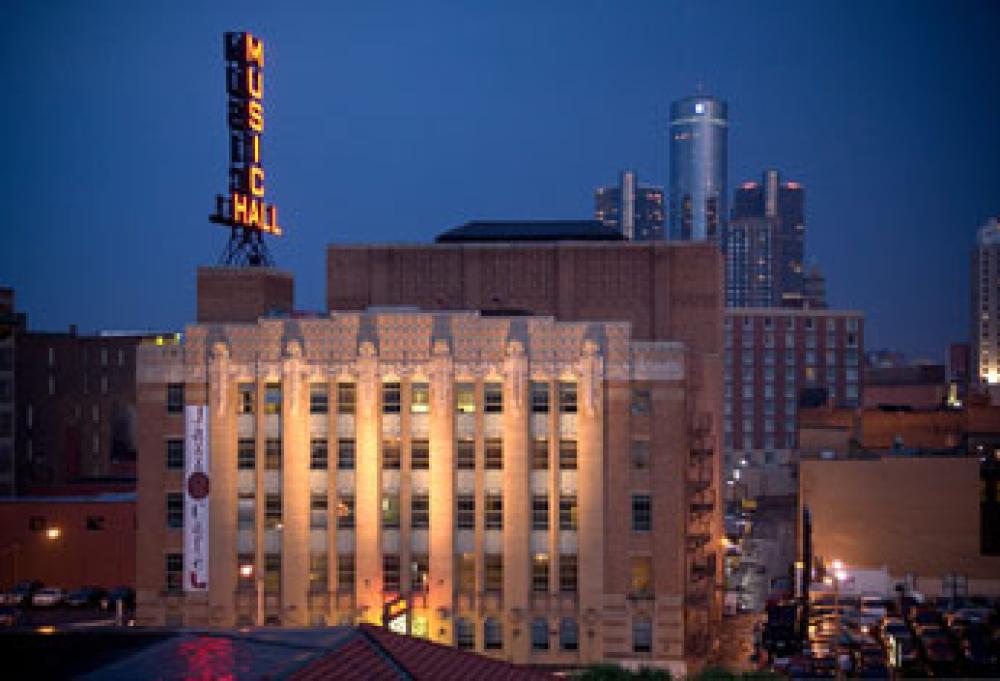 The Wilson Theater, as Music Hall was originally named, opened on December 9, 1928 with Florenz Ziegfeld’s production of “Rosalie.” The 1701-seat theater was designed by Mrs. Wilson and William Kapp and Smith, Hinchman & Grylls with state-of-the-art attributes and style. The curved wood-paneled walls, silk drapes, specially designed seats and carpet, and an orchestra pit for 40 musicians made The Wilson Theater a rival to nearly any major performance facility in the country. Many of the original pieces can still be seen in the theater today. Music Hall has been home over the years to Michigan Opera Theater and to the Detroit Symphony Orchestra and in the 1950’s became the world’s 2nd Cinerama. From its establishment by philanthropist Matilda Dodge Wilson, Music Hall has had a proud tradition of offering cultural enrichment to all. The main auditorium at Music Hall remains among the best venues in the United States and has seen performances by stars such as Fred Astaire, Lucille Ball, Count Basie, Louis Armstrong and Miles Davis, and more recently by Aretha Franklin, Anita Baker, Annie Lenox and hundreds more. Our Jazz Café is already regarded as one of the country’s most important jazz venues. Music Hall continues to be an invaluable reminder of Mrs. Wilson’s history and visionary philanthropy. Music Hall is listed on the National Register of Historic Places and is a member of the League of Historic Theaters.