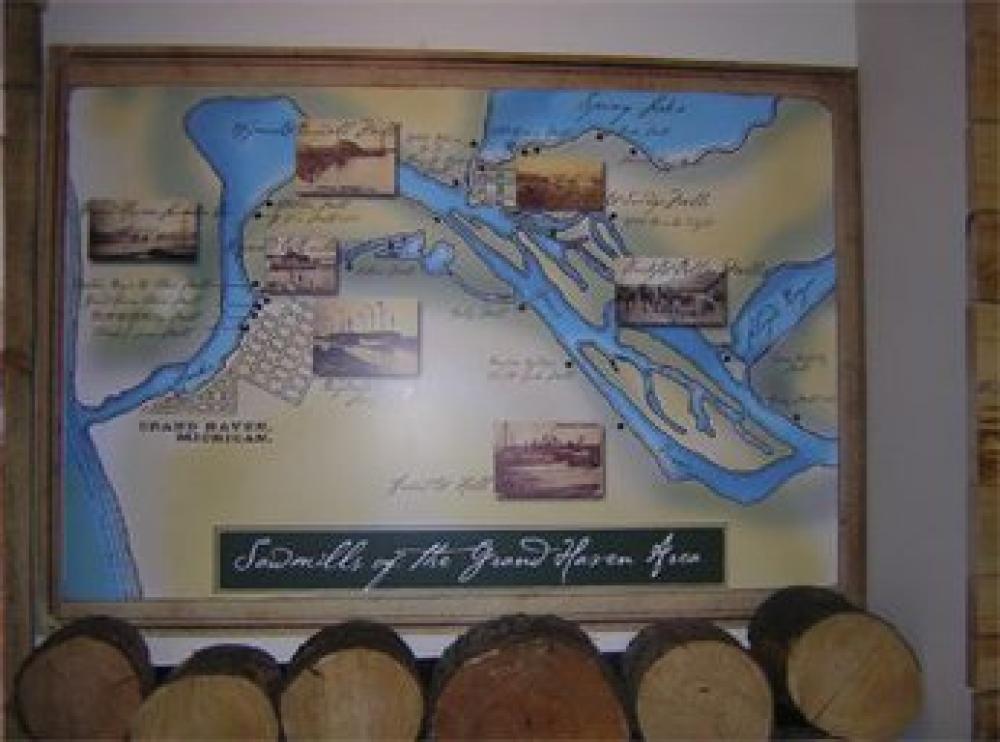 The Tri-Cities Historical Museum provides visitors an opportunity to look through the windows of time into the history of Northwest Ottawa County, including the communities of Grand Haven, Spring Lake and Ferrysburg. Located in two separate buildings both with historic connections to the area, the museum has grown and prospered since its beginnings back in 1959. Since 1972 it has occupied the former Grand Trunk Railroad Depot which was built in 1870. Fur trader Rix Robinson established his trading post in 1821 not far from the very spot on which the present museum rests. Offering exhibits for the entire family to enjoy. Exhibits which illustrate that throughout history - people, places and things have played key roles in bringing about the quality of life enjoyed in Northwest Ottawa County today which tell the stories of native Americans, early pioneers, lumberjacks and French voyageurs. Victorian period rooms, medicine, agriculture, lumbering, maritime, tourism and other exhibits portraying day-to-day life-styles can be enjoyed by people of all ages and interests. Open year around six days a week.