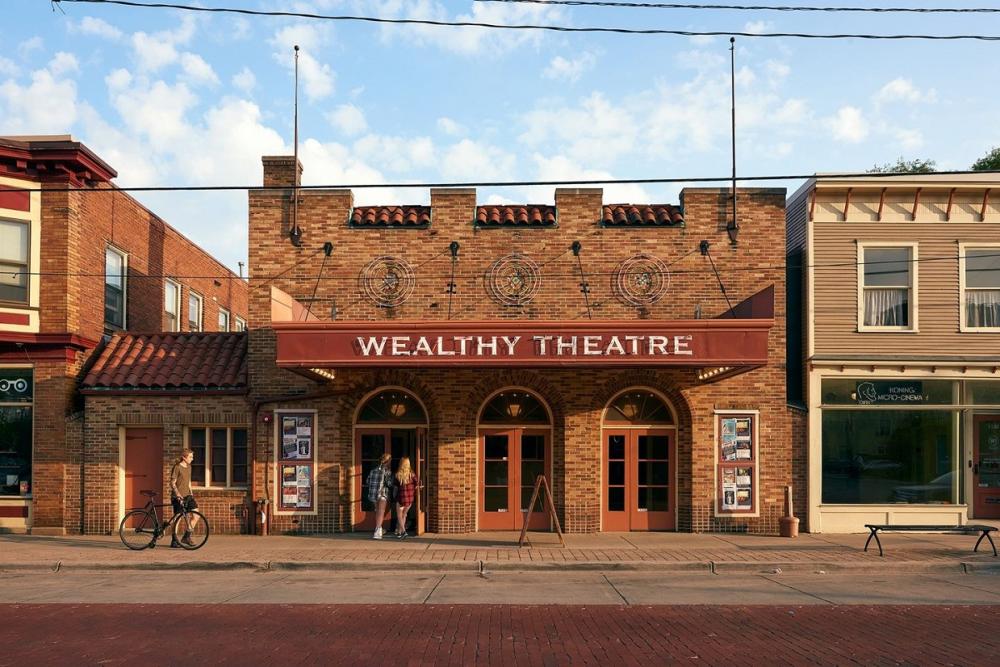 Today, the Wealthy Theatre Complex is not only a landmark, community treasure with historic significance, but a pioneer in the infusion of technology into traditional theatre. We've evolved the idea of "stage and seats" in a revolutionary way, retaining the old while embracing the new. The CMC Capital Campaign allowed for critical improvements: a concert sound system, electrical upgrades; new projection screen, a grand curtain; a micro-cinema space; renovations, repainting and upgrades throughout.