In Traverse City, summer is when the ski racks come off the cars and the kayak racks go on. Some paddlers prefer the area’s many rivers, others love its quiet forest lakes, and some enjoy heading out onto the open water. It may sound a little scary, but anyone can do it. Traverse City Tourism shares a few tips how.

Grand Traverse Bay and the nearby Manitou Passage are bordered by 400-foot dunes of golden sand and gentle wooded hills where neatly-manicured orchards and vineyards bask in the summer sun. They also include uninhabited islands, picturesque fishing villages, innumerable coves and bays to explore – and water so clear that there are times when paddlers can feel as though they’re suspended in mid-air.

Canoe paddlers have long known about the hundreds of lakes, streams and rivers that flow into Grand Traverse Bay and its adjacent waters, but over the past decade our area has also become one of the nation’s premiere open water kayaking destinations. Today, almost every coastal community in the Traverse City area has at least one kayak rental outlet, and the area is home to several full-service outfitters who offer instruction and guiding services to open-water paddlers.

One of the region’s greatest assets as a sea kayak destination is its abundance of sheltered waterways; the glaciers that scoured this place out thousands of years ago left us with dozens of long, narrow inlets and lakes where paddlers can enjoy the feel of open water while remaining largely protected from strong winds, waves and currents.

The twin arms of Grand Traverse Bay, for example, are over 20 miles in length but rarely more than four or five miles wide, providing dozens of different routes for coastal kayakers. Starting in Traverse City, a novice kayaker could travel up the east shore of the Leelanau Peninsula, along the western coast of the mainland to the village of Elk Rapids, or around the narrow vineyard-spangled Old Mission Peninsula, which lies between them.

The bay even has its own uninhabited 200-acre island: heavily-wooded Power Island on the west shore of Old Mission. Once the property of auto pioneer Henry Ford, today it’s a county park complete with a campground, hiking trails, swimming beaches and a picnic area. It’s an easy 15-mile paddle along the coast from Traverse City – or an even easier three-mile trip from the boat launch at nearby Bowers Harbor.

The narrow fiord-like shape of Grand Traverse Bay is mirrored in a number of nearby lakes that also make excellent destinations for kayakers. In the center of the Leelanau Peninsula, for example is Lake Leelanau, 22 miles long and rarely more than a mile wide, nestled between steep and spectacular hills. And just to the east of Traverse City is the fabled Chain of Lakes, a series of 14 connected lakes and rivers that wind for over 50 miles through the rolling farmlands of Antrim County. They include several large lakes that are major paddling destinations in their own right, especially lovely Torch Lake, which is 18 miles long.

4. Create Your Own Paddling Itinerary

These sheltered waterways have been vacation destinations since the 19th century, so it’s relatively easy for kayakers to create paddling itineraries that reflect their own tastes and aptitudes -- whether that means ending the day at a an elegant beach resort or a cozy small-town bed & breakfast. Several outfitters, for instance, feature food and wine trips that take paddlers to some of the region’s best-known waterfront restaurants and wineries.

The region’s most dramatic coastal kayaking is along the Lake Michigan shoreline at the Sleeping Bear Dunes National Lakeshore. Here, towering dunes of tawny sand rise hundreds of feet from the water’s edge, and there are miles of secluded beaches that are perfect for a sunbathing break.

6. Venture to the Rugged Manitou Islands

Experienced kayakers are particularly drawn to the rugged Manitou Islands eight miles offshore, whose attractions include isolated coves, lighthouses, giant trees and a shipwrecked freighter. But this isn’t a trip for first-time paddlers, even with an escort -- the waters that separate the islands from the mainland are among the most unpredictable and potentially dangerous in the Great Lakes.
If the water and weather are stable, the crossing is a simple two-hour paddle, but in that time things can get rough quick if you're not paying attention. If you’re not a really skilled paddler, the wiser choice might be to cross over on the Manitou Island Transit ferry and use one of the islands as a base for shorter, safer trips.

Things to Do in Ludington: The Ultimate Pure Michigan Guide 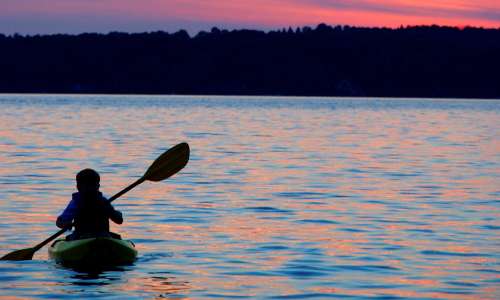 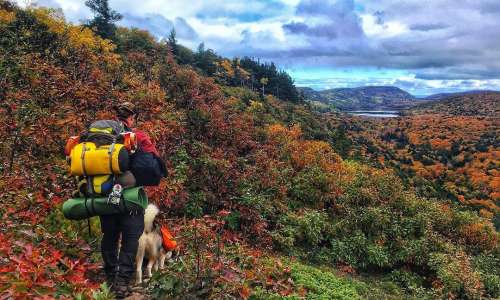 Splash Into These 14 Inland Lakes in Michigan 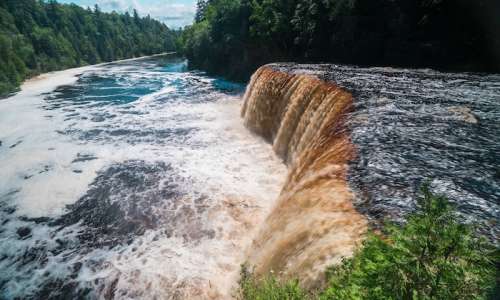 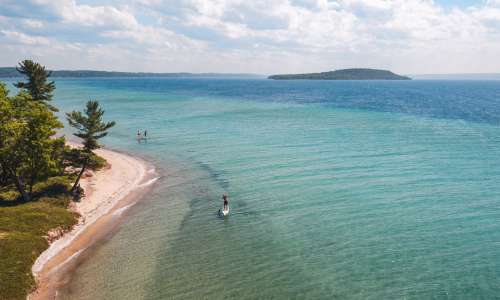 10 Great Lakes Fun Facts You May Not Know
×