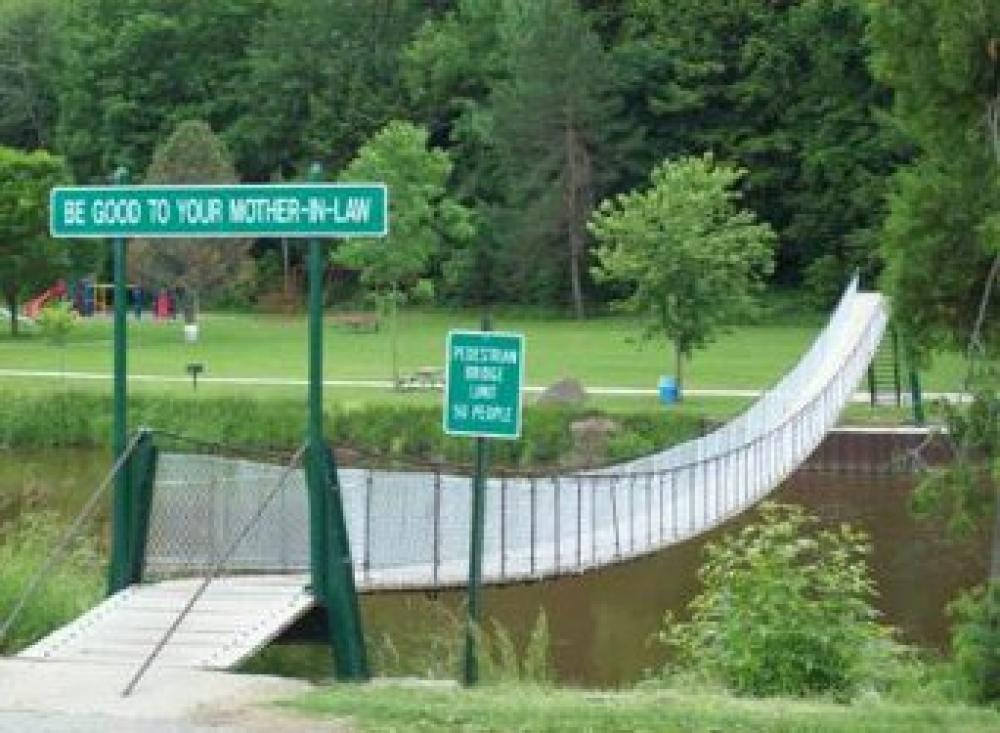 The Croswell Swinging Bridge is a pedestrian suspension bridge in Michigan and is claimed that this is the longest spanning suspension foot bridge in Michigan, although Michigan really does not have many bridges of this type to begin with. It was built in 1905 at an original cost of $300. It spans 139 feet. The original bridge had just two cables which were provided by Michigan Sugar Company and were used to support the planks. To provide a handhold, two more cables were added at a cost of $150. In August of 2006, all 128 planks were replaced at a cost of $1,300. The Bridge originally had a sign at the west end that admonished people to "Love Ye One Another." A sign at the east entrance (Maple Street) still reads, "Be Good To Your Mother-in-law." A festival to celebrate the bridge takes place the second weekend of August each year and features cardboard boat races under the bridge.