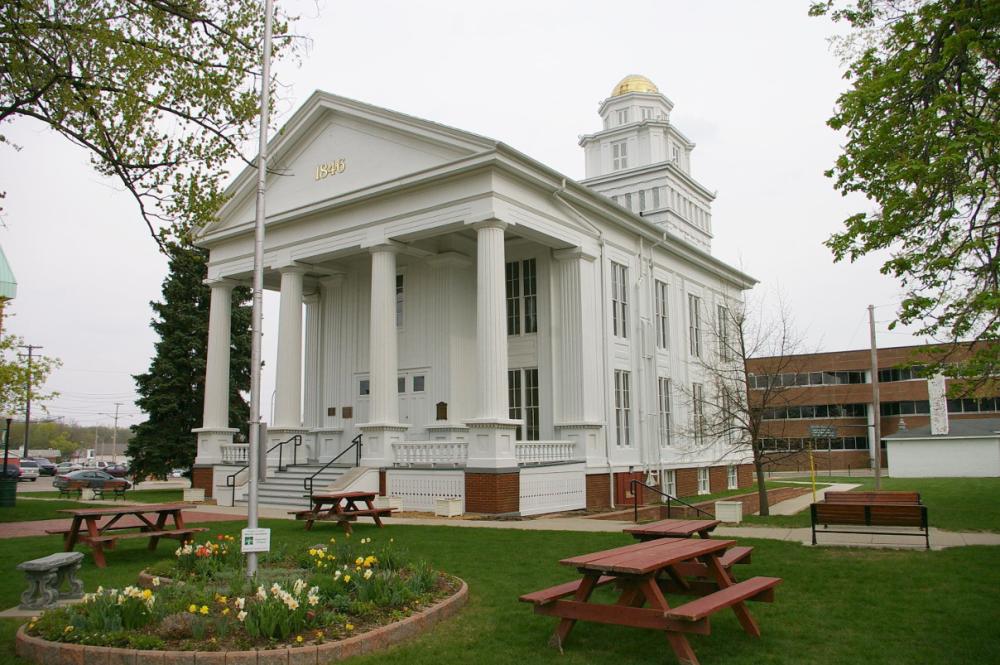 The Lapeer County Courthouse is now the oldest courthouse in Michigan which serves its original purpose. It remains a fine example of the dignified Doric style.
Courthouse Square, Lapeer, Lapeer County

The Lapeer County Courthouse was built by Alvin N. Hart, one of Lapeer's first settlers. Born in Connecticut in 1804, Hart came to Michigan in 1831 and platted the village of Lapeer two years later. He also served as sheriff and as a member of both houses of the state legislature.
Although the date in the pediment, 1839, marks the construction of the county's first courthouse, this building was erected in 1845-46 and bought by the county in 1853. It is an impressive Greek Revival structure. The two-story exterior is of native white pine, supported by a brick foundation. The facade of the full-height portico has four fluted Doric columns supporting the pediment. A three-tiered tower rises at the rear of the building.
Available for rental for banquets, receptions and events.