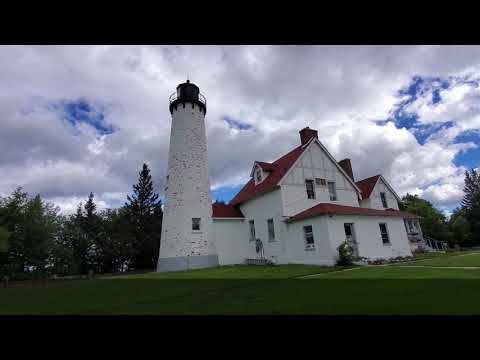 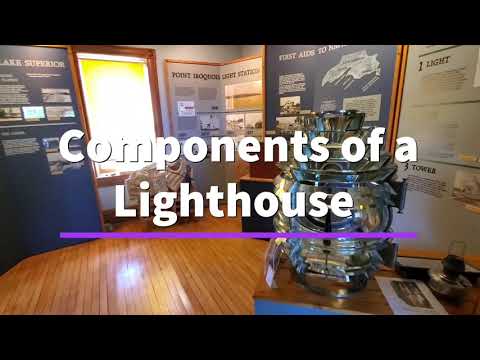 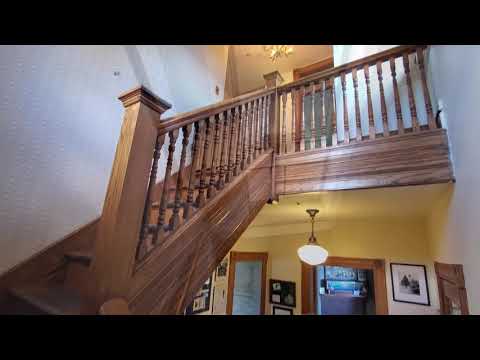 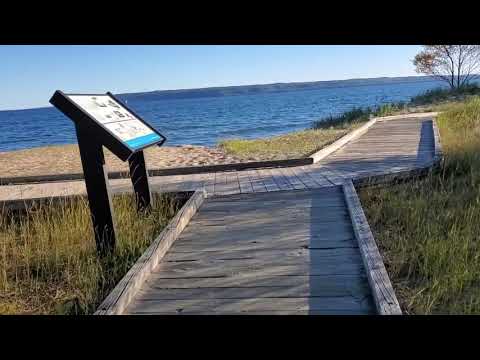 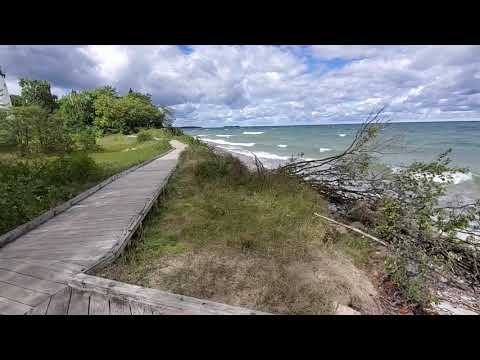 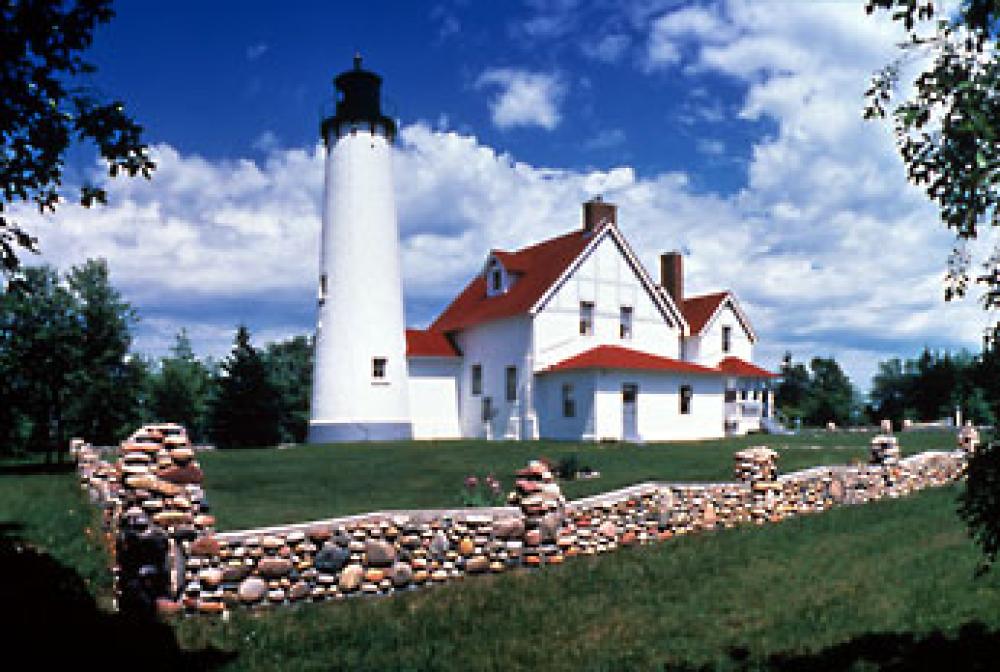 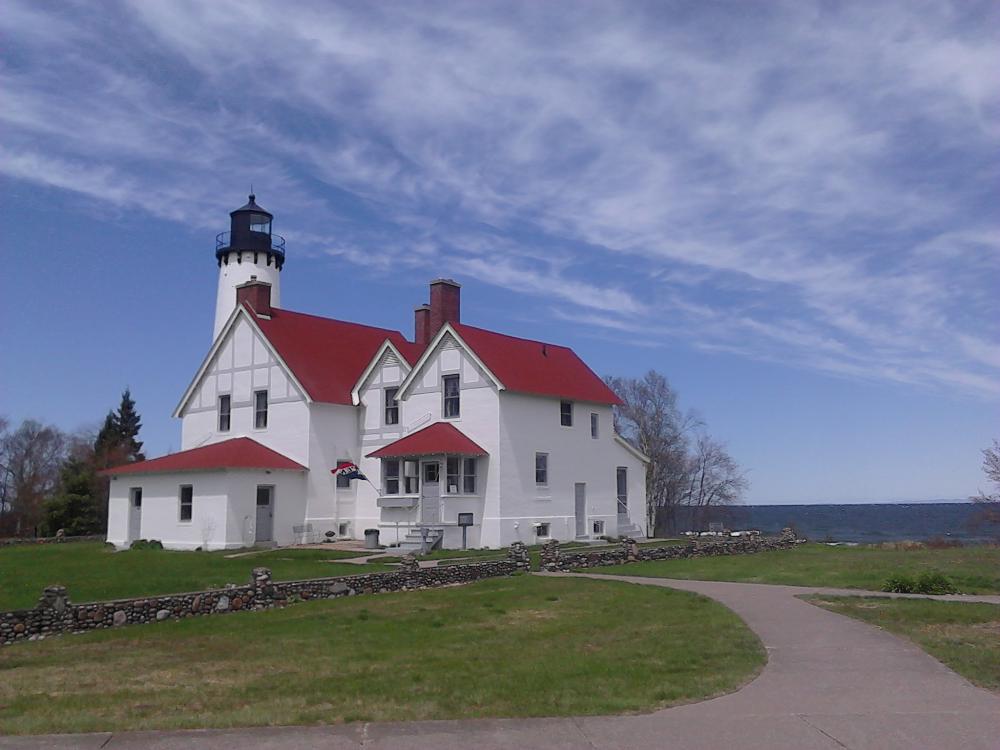 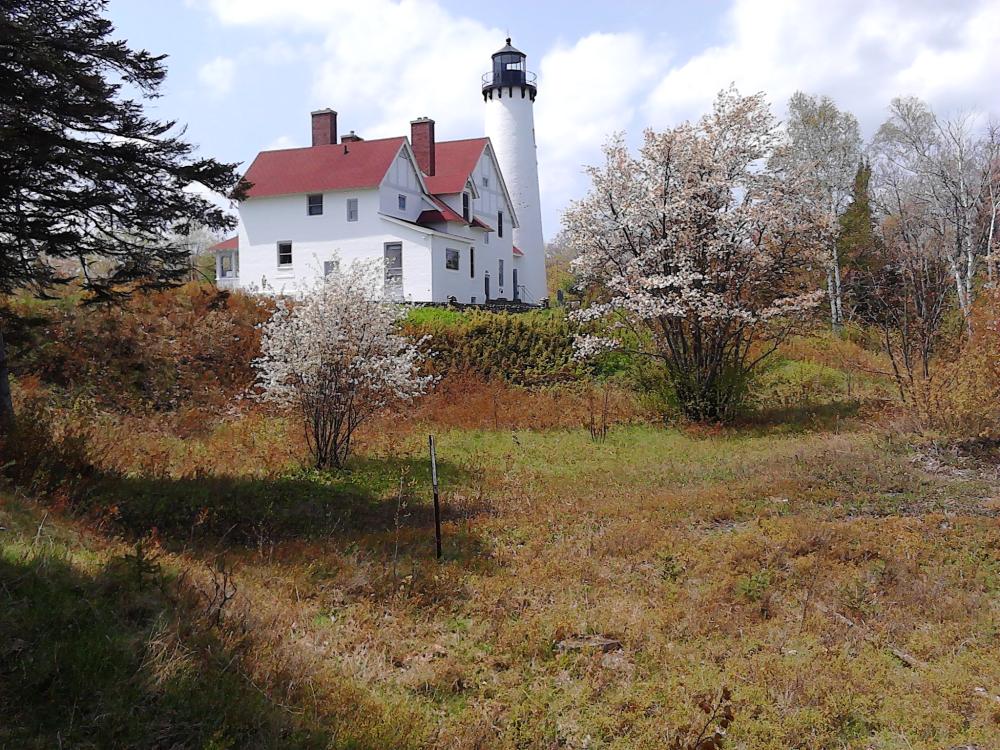 Point Iroquois was named for the Iroquois warriors massacred there by the Ojibway in 1662. The native Algonkian name for the Point is Nadouenigoning, composed of the words "Nadone" (Iroquois) and "Akron" (bone).

The first lighthouse and light-keeper’s residence were built in 1855, and the light was exhibited for the first time on September 20, 1857. Its fourth order Fresnel lens shone over one of the busiest shipping lanes in the world high above the waters of Lake Superior at the entrance to St. Mary's River. It served passing sailors by marking the narrow channel. With the growth of traffic through the locks, the importance of the light-station increased. In 1870 the wooden tower and residence were replaced with the brick buildings that stand today.

After 107 years of service, the light at Point Iroquois became history; it was replaced by an automatic light in the channel off Gros Cap, Ontario. In 1975, The Point Iroquois Lighthouse was placed on the National Register of Historic Places.

Visit with the volunteer hosts in the museum to learn more about life as it once was in a lighthouse on Lake Superior. Climb the spiral staircase to the top of the 65 ft. tower, open to the public during certain viewing hours.

Current conditions and hours of operation can be found at the Hiawatha National Forest Website, link in the button to the left.