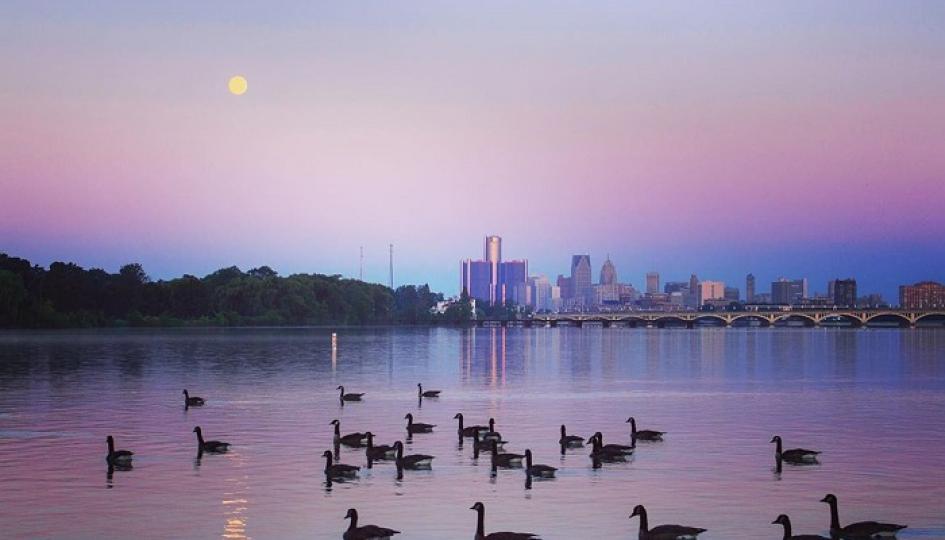 Detroit has been home to the filming of many Hollywood movies, but maybe none as action-packed as Batman V. Superman: Dawn of Justice. Want the inside scoop on what locations were actually filmed? Smartphone users can download the Batman V Superman Tour app that features content, extras and cool freebies that become available as you check in at the 12 respective Detroit locations. Read below to learn more about five of the local destinations featured in the app and be sure to download to check out the rest!

Originally named the Union Guardian Building, it was created for the Union Trust Co. when it required more space after merging with the National Bank of Commerce. It was also known as the Cathedral of Finance because of the building’s architecture. Its taller north tower and smaller octagonal south tower are connected with a nave-like block similar to the plan of a cathedral.

Measured by volumes in the collection, the Detroit Public Library is the largest library system in Michigan and the 20th largest in the United States. Designed by Cass Gilbert, the library was constructed with Vermont marble and Serpentine Italian marble trim in an Italian Renaissance style. Gilbert also designed the United States Supreme Court Building in Washington, D.C.

Detroit’s Masonic Temple is the world's largest, hosting many of the world’s greatest entertainers for four generations. The 4,400-seat theater exudes a charm that thrills spectators. This historically significant 1,037-room architectural gem, designed by George D. Mason, lends itself to numerous events, including prearranged tours.

Belle Isle Park is a Detroit gem and one of Michigan's state parks. The 987-acre island park features a nature zoo, conservatory, golf practice facility, maritime museum, an aquarium, picnic areas and more. Come ready to spend a day here because the park has three lakes, 150 acres of wooded area and spectacular day and night views of the Motor City and Windsor skyline.

Nate Stutz opened the Hygrade Deli over 65 years ago in what was then the Western Market. The deli got its name from the market’s largest vendor, Hygrade Food Product Corp. After the Western Market was leveled to make way for I-75, Stutz moved the restaurant to Michigan Avenue. It has been there ever since, in an unaltered state, serving some of Detroit’s best corned beef sandwiches.