The snowboarding season has arrived, and whether you’re planning on shredding the ‘gnar, carving up black diamonds or just going down your first bunny hill, you know that the Great Lakes State has some of the most exciting and diverse terrain in the Midwest.

We’ve put together a list of 10 snowboarding facts you should know if you want to stay crunchy - or “cool” to all of you non-boarding folk. So drop in and read below to see if you’re up to snuff on these snowboarding fun facts.

1. Muskegon is the Birthplace of Snowboarding

Muskegon is noted as the birthplace of modern snowboarding. In 1965, Sherman Poppen, an engineer, invented a toy for his daughters by tying two skis together and attaching a rope to one end so they would be able to steer as they stood on the board and glided downhill. Poppen’s invention was known as the “snurfer”, a combination of snow and surf.

2. Snowboarding is a Growing Sport

In 2000, Snowboarding was the fastest-growing sport in the United States, with the number of boarders rising to a total of just over 7.2 million. In 2013, in the Midwest alone, 7.1 million snowboarding enthusiasts dropped in on hills.

3. Olympic Roots from the Mitten

Snowboarding was first included in the winter Olympics in 1998. Nick Baumgartner, hailing from Iron River, competed in the 2014 Winter Olympics. He also won the gold and silver medals in the 2011 and 2012 Winter X Games, respectively.

4. Snowboarding Used to be Banned

Just 20 years ago, many popular ski resorts, like Aspen and Toas, did now allow snowboarders on their hills. Today, you’re hard-pressed to find a resort that doesn’t welcome snowboarding with open-arms. In fact, not one of the more than 40 ski resorts in Michigan have snowboarding bans!

6. There are Different Types of Boards

Once you’ve got your feet on the ground, you’ll need to know what kind of board to get. There are three types of snowboards: freeride, freestyle and racing. Each board is unique to the type of snowboarding you’ll be doing, so it’s important to ask what’s best for what you’ll be doing when renting or buying. Of the three types, the freeride snowboard is the most popular.

In 2015, 67 percent of snowboarders were males and only 33 percent were females, with boarders aged 18-24 representing more than one quarter of all shredders on the slopes.

8. Mount Bohemia has the Highest Vertical

Mount Bohemia, located in Michigan’s Upper Peninsula, is noted as having the highest vertical (900 ft.), most snow and the most expert terrain in the Midwest. In fact, Mount Bohemia is rated #1 for powder skiing east of the Rockies by Powder Magazine and has been called one of the top ten undiscovered ski resorts in the world by MSN.com!

According to Livestrong.com, snowboarders make up approximately 30 percent of all business for major ski resorts in the U.S. In Michigan, many major resorts like Boyne Highlands Resort, Caberfae Peaks Ski and Golf Resort and Alpine Valley Ski Area invite boarders of all skill levels.

Snowboarding isn’t just about going down hills. Much like skateboarding, snowboarding can also be considered a trick sport. Many boarders grind off rails, jump off boxes and fly off jumps to land in the fresh powder below. If you’re going to try one of these stunts, just make sure you wear a helmet! 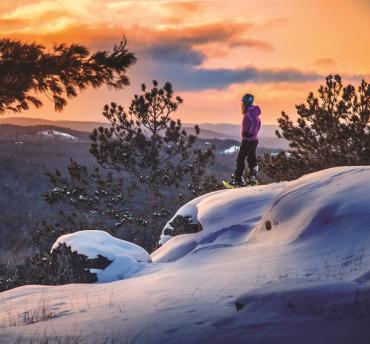 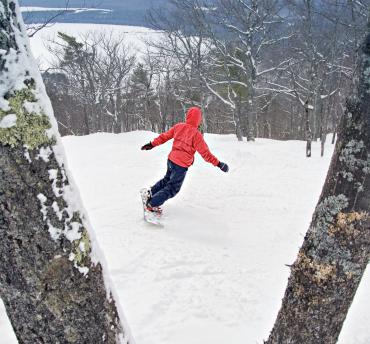