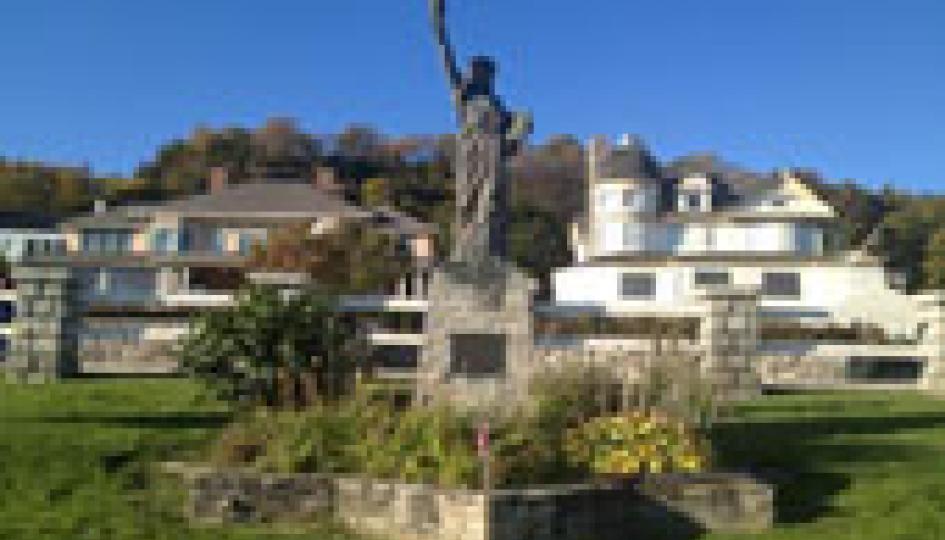 Just as Lady Liberty stands overlooking the harbor in New York City, a gift that symbolizes freedom and opportunity, the harbor of Mackinac Island is adorned by a smaller replica of the grand statue. Given to Mackinac Island, and the citizens of the state of Michigan, the statue is the only official replica in the state and just one of 200 placed in 39 states around the country by the Boy Scouts of America.

Dedicated in 1950 as the Boy Scouts celebrated their 40th anniversary with the theme of Strengthen the Arm of Liberty, the statue stands 8 foot tall and 290 pounds at the harbor entrance until recently. Having welcomed numerous visitors to Mackinac Island the statue stood tall in the winds, rain, snow and sun of the island for the past 62 years. Made of sheet copper, and the same metalworking technique used on the real Statue of Liberty, the smaller replica was deteriorating. Several points of the crown have broken off and the stone pedestal upon she stands is weathered.

A citizen photographer noticed the damage and reached out to the American Legion Post 299 on Mackinac Island. As a community project, and an American Legion Americanism project, the post took on the responsibility of bringing back Mackinac Islands Lady Liberty to her original glory. From fundraising to cover the restoration costs and expenses of building a new base and pedestal to working out the logistics involved of removing, transporting and placing the statue the American Legion Post 299 has taken the lead on the project.

Late last fall the statue was removed from Mackinac Island and taken to Venus Bronze Works, Inc., in Detroit, for her restoration. Upon completion of the restoration process, Mackinac Islands Lady Liberty will be on display at the Stuart House Museum. A spring 2014 rededication ceremony is being discussed. 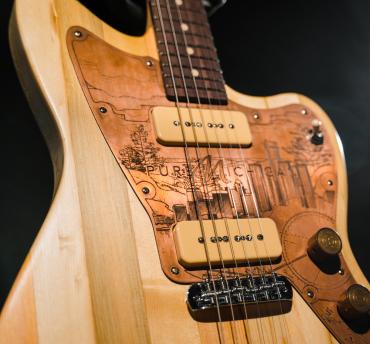