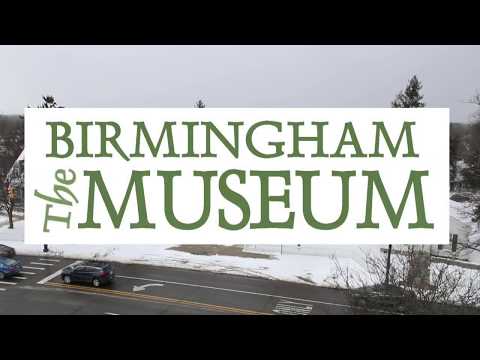 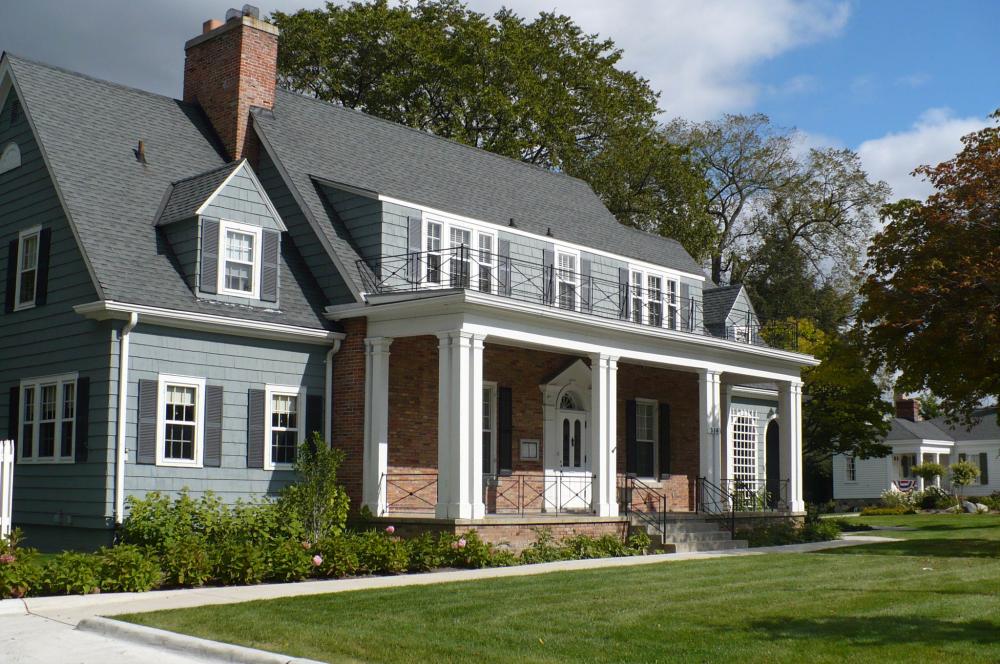 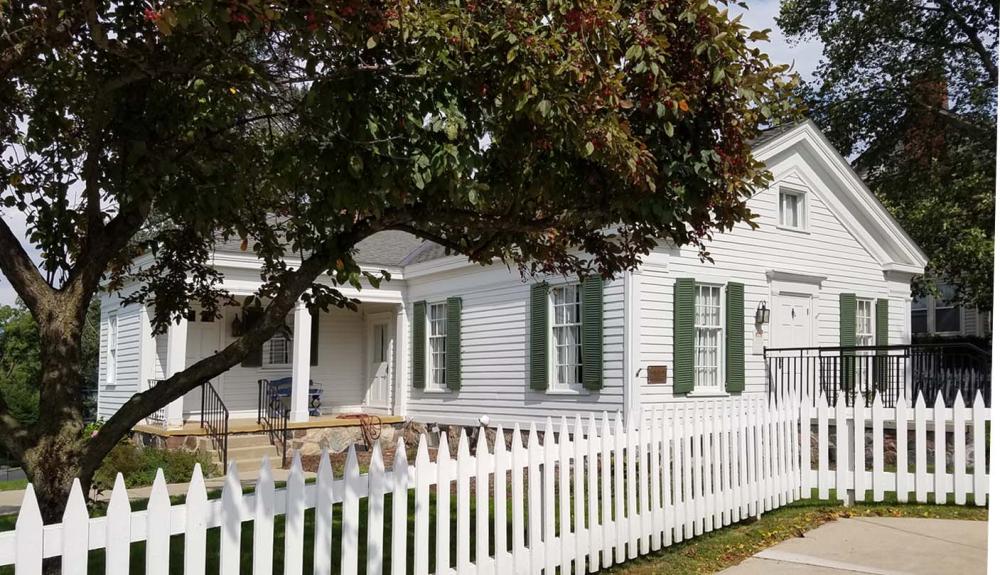 The John West Hunter House is a small Greek Revival structure, built with vertical planks-an unusual style most typical of Rhode Island. The Hunters were one of three families who purchased adjacent parcels in what is now downtown Birmingham. Photo 2 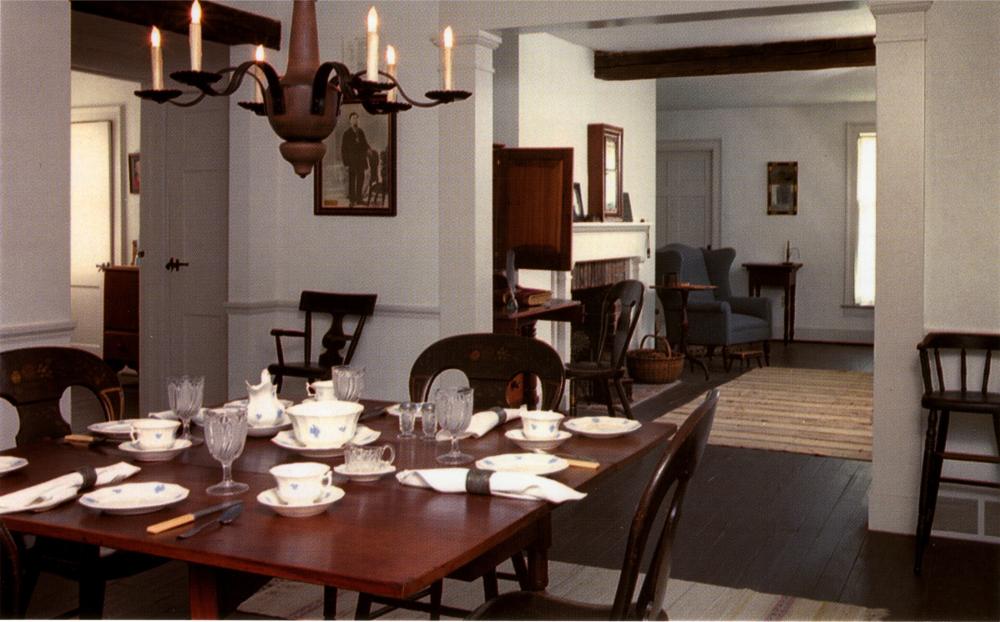 The John West Hunter House was one of the first frame houses in Oakland County when it was built in 1822, and remains one of the oldest dwellings in all of lower Michigan. It is built of local white pine from what was then a forest wilderness. Photo 3 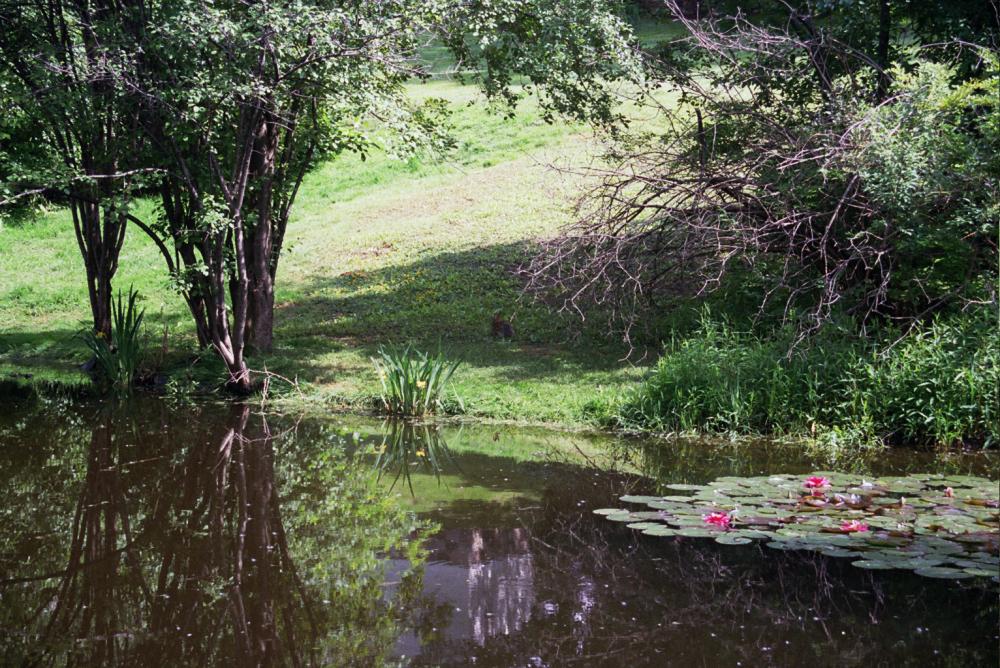 The natural pond in the park at the Birmingham Museum is beautiful, but has a tragic history. Turned into a swimming hole by the Allens in 1926, their son Jim reportedly contracted polio in its waters. Photo 4 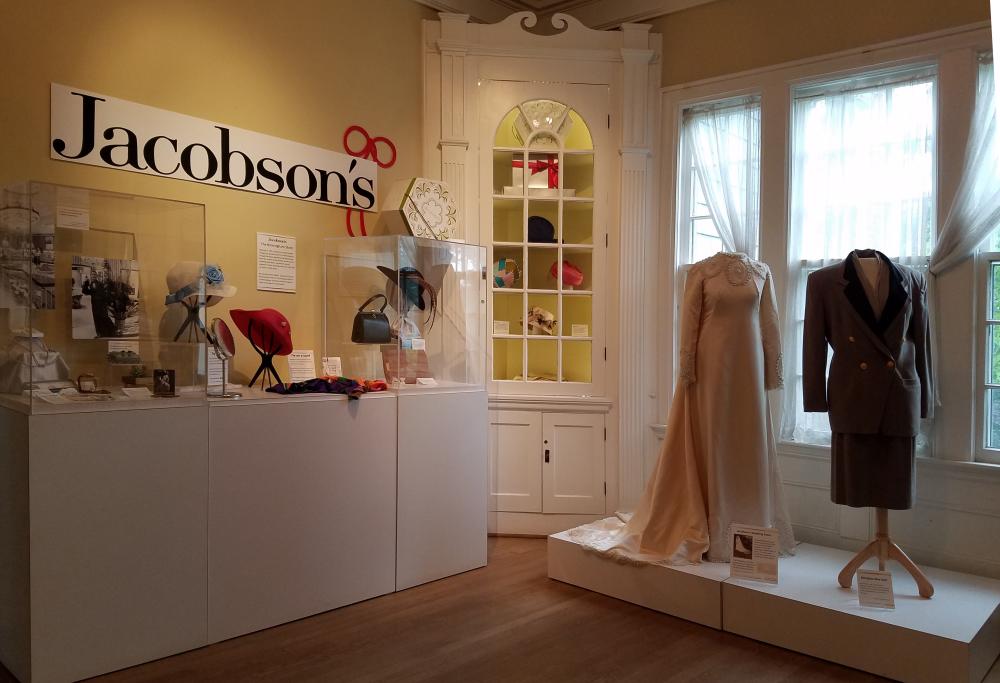 The high fashion, personal service, and unique merchandise of Michigan's own Jacobson's Department Store was exemplified in its flagship store in Birmingham. The beloved retailer became part of Birmingham life over the decades. Photo 5 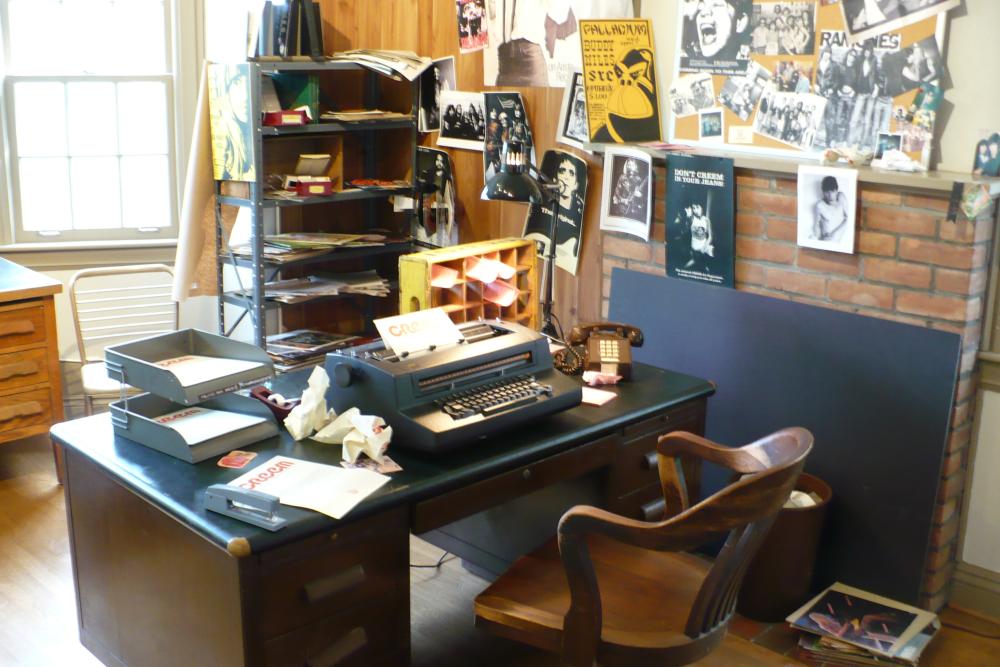 "CREEM Magazine" was a bold rock publication published in Birmingham from 1973-1986. It launched the careers of some of America's best known rock critics, and is the subject of active research today. The museum offers an immersive hands-on exhibit. Photo 6 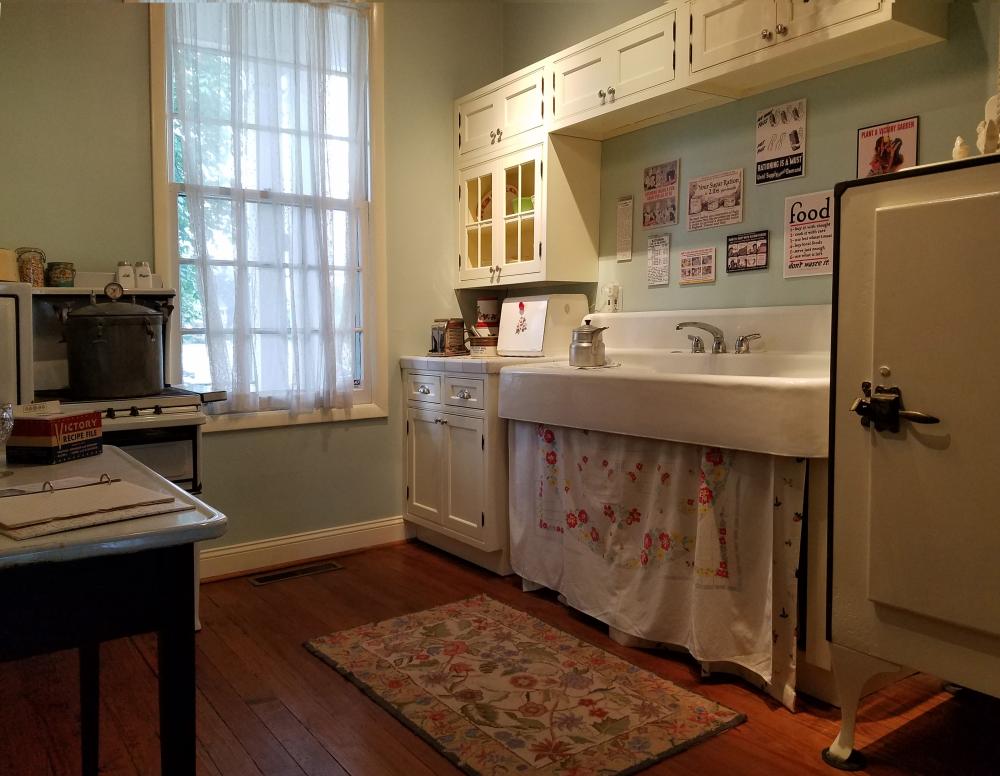 The Allen House features a permanent exhbit of a typical 1920s-1930s kitchen with period appliances, kitchen gadgets, and cookbooks on display. Photo 7 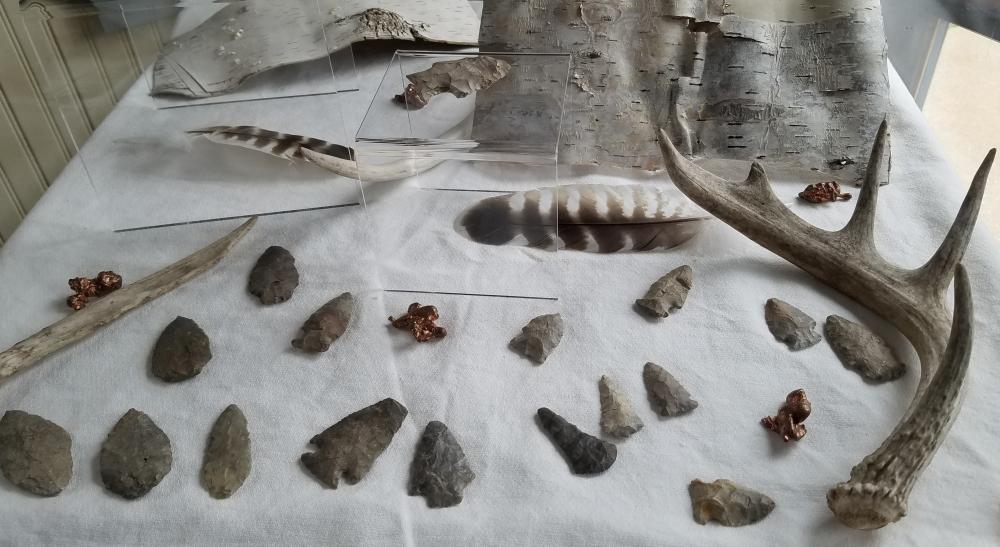 These projectile points were found in Birmingham along what was the Saginaw Trail (now Woodward Avenue). They suggest that ancient people used the trail for thousands of years and traded these points. Photo 8 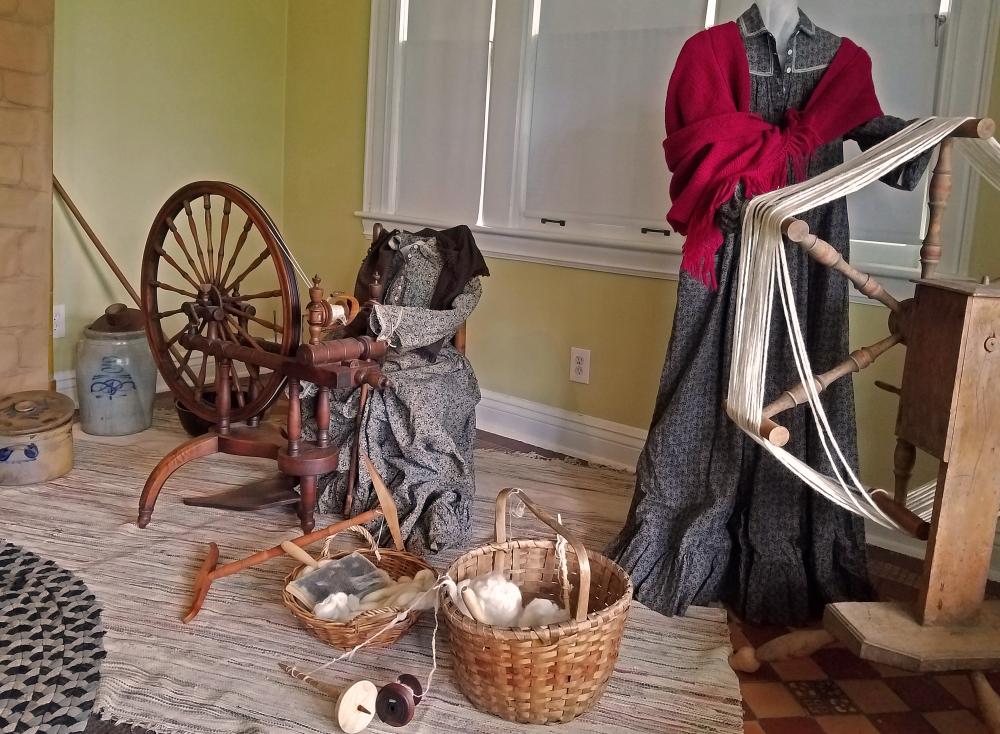 Birmingham's founding families included three sisters whose husbands were among the first to purchase land in the settlement along the Saginaw Trail in Oakland County. Women's day-long labors made it possible for early pioneer families to survive. Photo 9 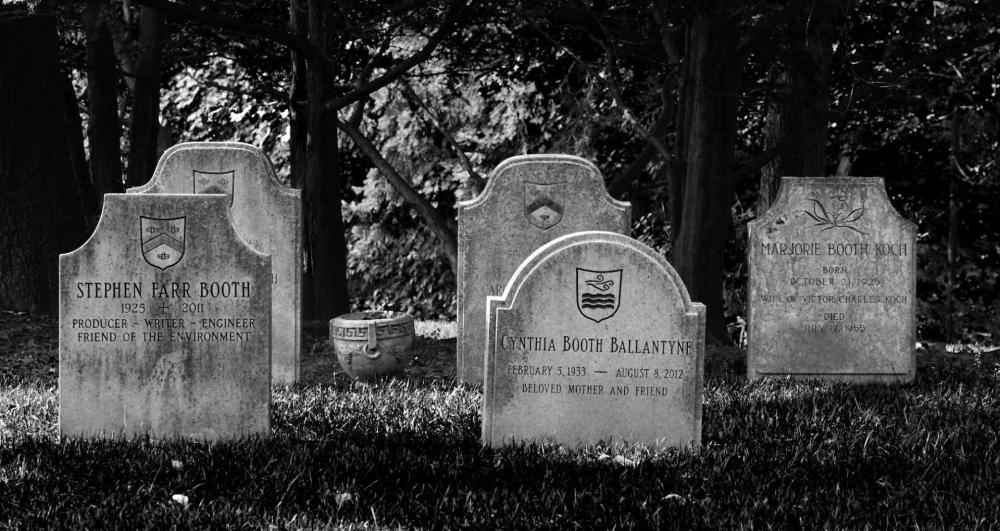 The Birmingham Museum is the ideal place to get an overview of Birmingham's story, from its beginnings up to the present. The site consists of two historic houses on nearly four acres of grounds adjacent to the Rouge River trail at the outskirts of downtown Birmingham. The 1822 Greek Revival John West Hunter House is one of the oldest intact dwellings in the Lower Peninsula, and is listed on the National Register of Historic Places. The 1926 Colonial Revival Marion and Harry Allen House was designed by architect Rupert Koch and built for the first mayor of Birmingham on one of the most beautiful sites in the city. The quiet grounds are a public park, featuring a natural pond and access to the Rouge trail. The museum has been municipally operated since 2001 in partnership with the Friends of the Birmingham Museum (a.k.a., Birmingham Historical Society), and features changing exhibits in the Allen House, while the Hunter House is furnished with period antiques and interpreted from the pioneer period to the late 19th century. Our mission is to tell Birmingham's story, emphasizing the fascinating individuals who have shaped the town, but also its more recent history; we house the most important public collection of the rock publication, CREEM Magazine, published in the 1970s and 1980s in Birmingham. Visitors of all ages can enjoy and experience our history through our collection, our historic buildings, and our beautiful grounds.