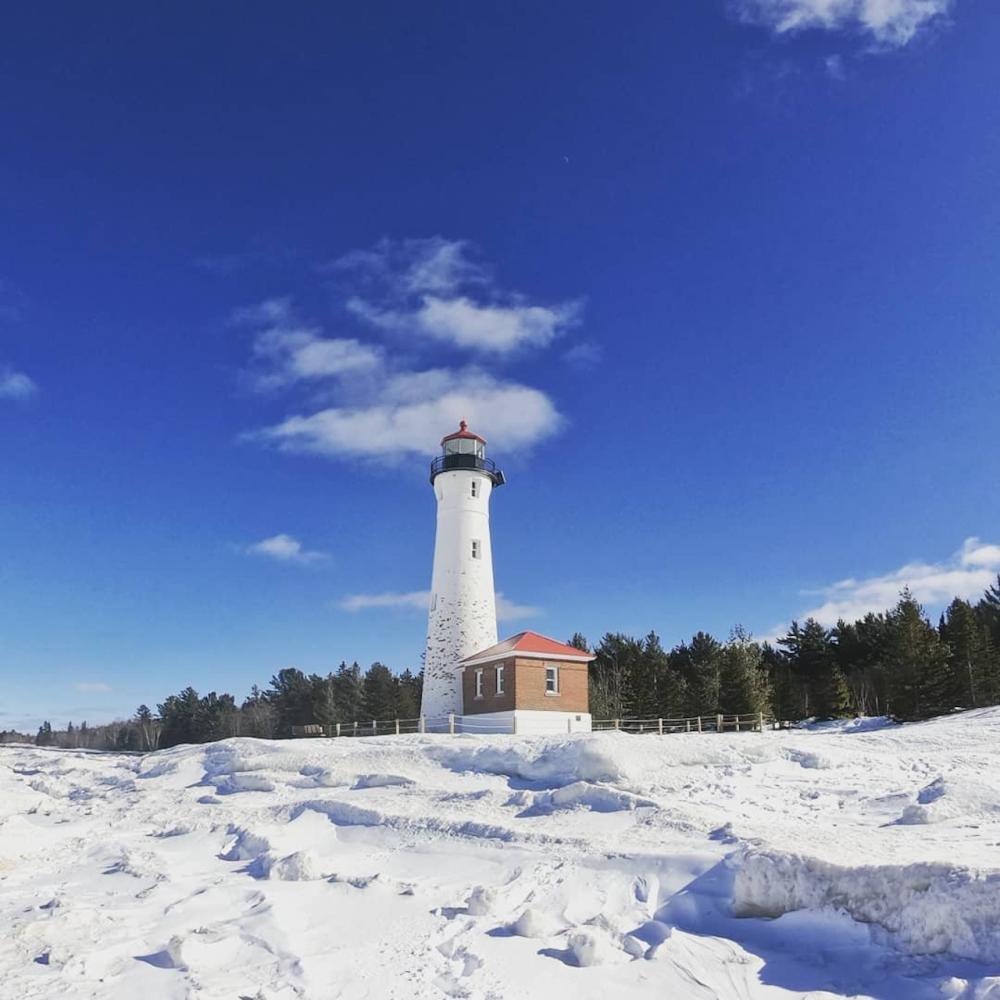 The Lighthouse address is 1944 CR-412, Newberry Ml 49868. It is located approximately 15 miles west of Whitefish Point in a remote area in Michigan's Upper Peninsula. It was constructed in 1903 and 1904 and became operational on May 5, 1904. It was decommissioned in 1993. The lighthouse was once crowned with a fixed 360 degree, red, fourth order light and stands 58 feet from its base to the ventilator ball of the lantern. Originally this site contained a lifesaving station and quarters, a two family brick light keeper's house with basement, a brick fog signal building, an oil house, two frame barns, a boat house and landing, a tramway, a lighthouse tower, and a brick service room entrance building. Today the lighthouse stands with its newly built (2006) service building and a newly built (2009) nearby visitor's center that replicates the fog horn building. Most of the service room was washed away by Lake Superior in November of 1996. In January of 1998, the Crisp Point Lighthouse Historical Society had stone placed in front of the lighthouse tower to protect it from Lake Superior. NOTE: Do not rely on GPS directions until you get to the corner of M-123 & CR-500 or you may end up on some roads only fit for 4x4's or less. Erosion from Lake Superior is a constant concern.