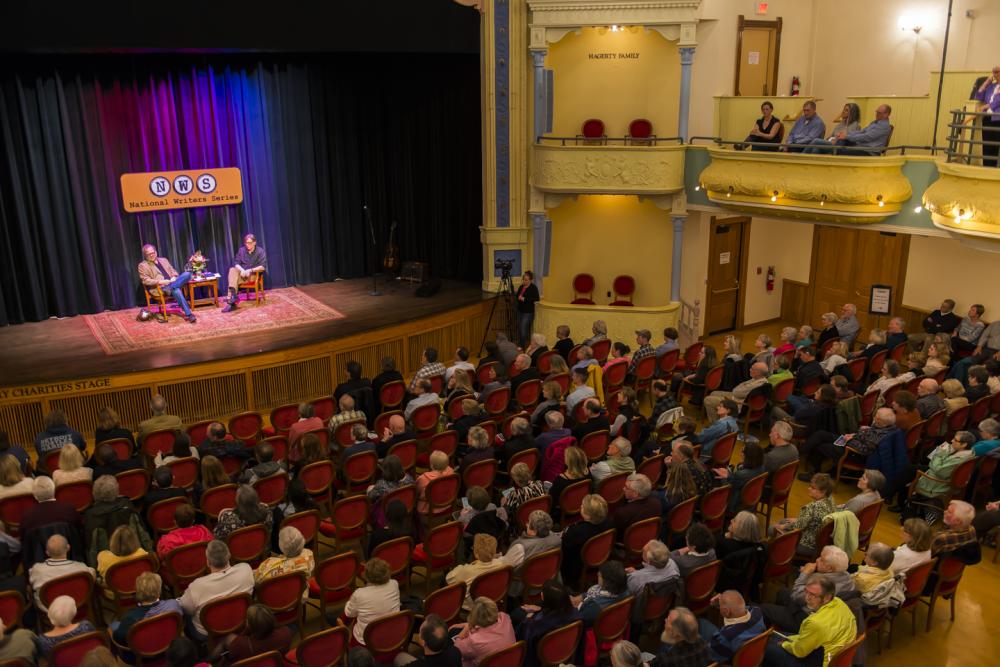 The National Writers Series hosts over eighteen on-stage conversations annually with today’s finest authors paired with Michigan celebrity guest hosts. Join us for these lively and stimulating performances in downtown Traverse City at the beautifully restored historic City Opera House. These monthly events attract nearly 9,000 attendees annually and have earned Traverse City the moniker of Michigan’s “Book City.” Over the past decade, we’ve become an integral part of the region’s cultural vibe and downtown economy. Traverse City is now considered the cultural hotspot of Michigan. And, authors have come to know us as the “must do” book tour. Our authors have included some of the top writers in the country: Alice Walker, Margaret Atwood, Jodi Picoult, Sebastian Junger, David Sedaris, Anna Quindlen, Tom Brokaw, and Harlan Coben—more than 170 authors in all have appeared with the National Writers Series since our founding in 2009 as a 501 (C) 3 non-profit.