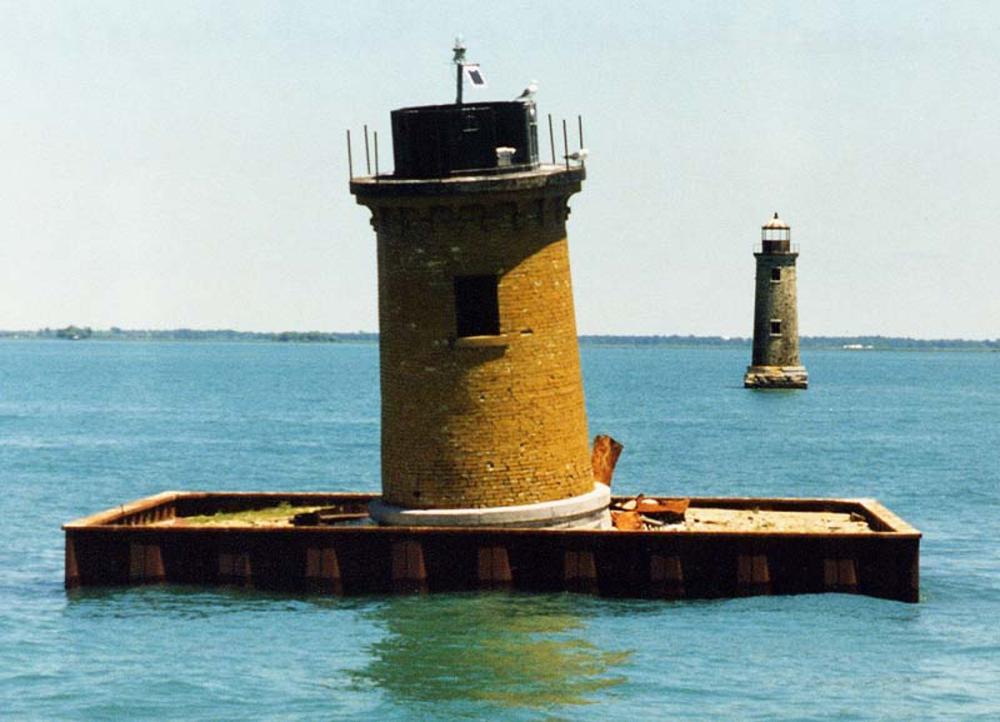 Located in Lake St. Clair, 0.7 miles west of the southern tip of Harsens Island. This is not open to the public.

St. Clair Flats Front and Rear Range Light are two lighthouse structures situated off the southeastern tip of Harsens Island at Lake St. Clair. Constructed 1855–1859 the Old South Channel Range Lights were built to guide ships into the fresh water delta once known as the Venice of America.

The front light began to lean in 1875 and was dismantled and rebuilt on the same stone and timber crib that it had been built on originally. It remained but is again leaning and in very bad condition from erosion of the base. In 1990, a steel cell was placed around the base, reinforced and filled with limestone for temporary support until a permanent seawall cold be built. In the fall of 1996, a permanent seawall was completed around the front light island.

The rear light was built on the same type of crib but has weathered the elements over the years. There was a large keeper's house on the island surrounding the light that was taken down in the early 1930s. Vandalism has played a part in the overall deterioration and, combined with age and the elements, the rear light is also in need of major foundation work.