Awesome Urban Bike Trails You Need to Ride in Michigan 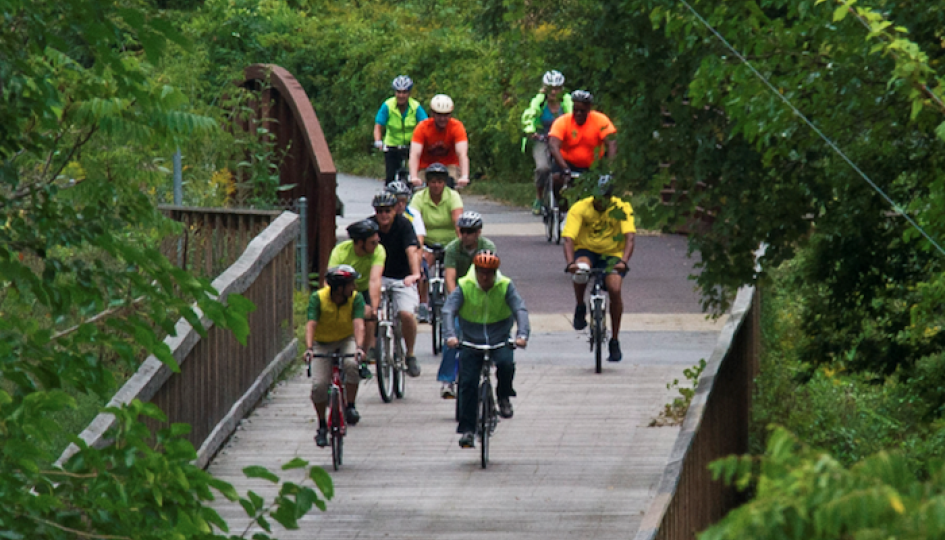 Did you know Michigan boasts more than 1,300 miles of winding bike trails across the state? While many might think of bike trails as back-woods, there are some that aren’t far from popular urban destinations! Read more about these unique trails found near bustling cities and how to get to them.

A ride on this asphalt-paved trail is a must for anyone on the east side of the state. On this trail, you’ll pass through neighborhoods and city parks while learning about Flint’s heritage via historical signs.

While spending time on Michigan’s sunrise coast, don’t miss riding the Bridge to Bay Trail. This trail begins near the iconic Blue Water Bridge and stretches along the St. Clair River. You’ll head over the Black River drawbridge and then through downtown Port Huron and the Blue Water River Walk, ending just past the Coast Guard Cutter Bramble Museum and a tunnel under Military Street in New Baltimore. If driving isn't your style, you can take the Amtrak Blue Water train and stow your bike!

The Dequindre Cut Greenway is a recreational bike path that opened in 2009 after being a Grand Trunk Railroad line for many years. This 2-mile stretch offers a pedestrian link between the Detroit Riverfront, Eastern Market and many of the residential neighborhoods in between.

Head to the west side of Michigan and explore the Grand River Edges Trail system. These trails guide you along the banks of the Grand River while connecting downtown Grand Rapids to Kent Trails and Millennium Park. The trail includes 2.2 miles of paved path in Riverside Park that connects to the Fred Meijer White Pine Trail State Park.

Ride an Upper Peninsula network comprised of over 12 miles of paved trails that takes you through some of the most scenic vistas and historic landmarks in the area. The most popular stretch of the trail spans about five miles along the Lake Superior shoreline from the MDOT Welcome Center in Harvey to Presque Isle Park.

The Musketawa Trail is a four season path that winds through orchards and farmlands with paved portions, like the Fred Meijer Pioneer Trail, which is seven miles from Marne to Walker, and the FM berry Junction, 10.6 miles from Whitehall via the White Lake Pathway.

The Lansing River Trail Is a paved path stretching from Old Town to Jolly Road. The 13-mile trail takes bikers along Grand River, and has overlooks with views of the Michigan Capitol Building.

The Paint Creek Trail began in the 1800s when the trail was used as a railway. Now, the trail is a mix of gravel and paved path. The 8.5 mile paved portion runs through downtown Rochester, where bikers can stop for lunch, to sit in the park and more.

The 17-mile paved trail connects Traverse City to Suttons Bay. Bikers will see forests, farms, vineyards, lakes and ponds. The trail may be 17 miles, but most of the ride is flat making it relatively easy. For those who do not wish to bike all 17 miles, there are multiple trailheads to start and end.

Midland is home to 30 miles of paved trail that make up the Pere Marquette Rail-Trail. The trail is for bikers, hikers and inline skaters looking to experience the views. The trail is wildly popular, attracting nearly 200,000 visitors per year.

This 33-mile trail is a paved path that began in the 1970s as the Michigan Department of Transportation’s response to the then fuel crisis. It linked Wayne and Monroe and ran parallel to Interstate 275. Today, it is used recreationally by bikers and hikers alike.

Michigan Cities to Stroll Through This Spring 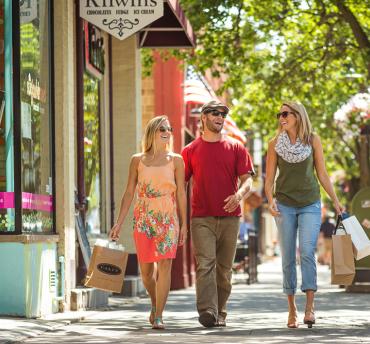