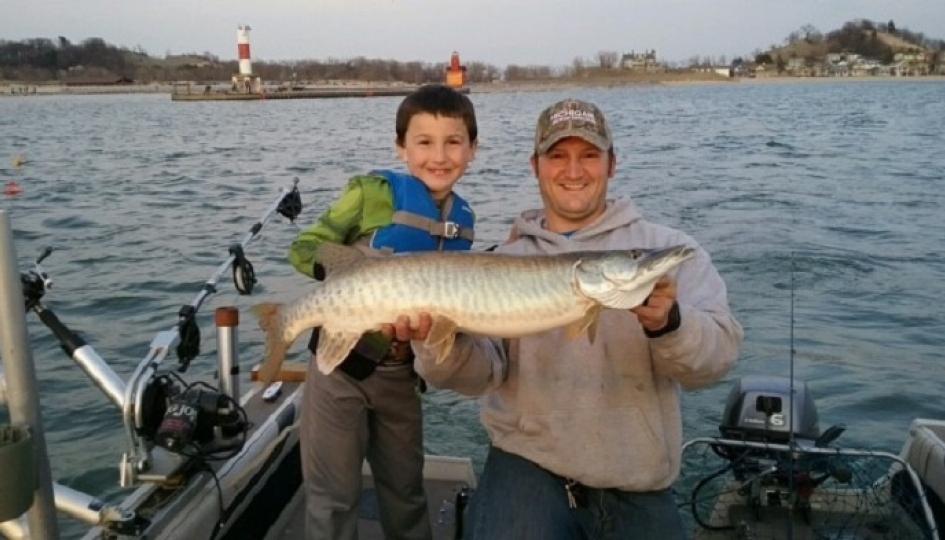 Casting a line in the clear, fresh waters of Michigan’s lakes is a relaxing way to spend the day. Thanks to its 11,000 inland lakes and thousands of miles of rivers and streams, Michigan is a favorite spot for fishing adventures with both champion anglers and weekend enthusiasts. And with more than 150 species of fish to catch – from salmon and walleye to bass and lake trout – we’ll run out of day before we run out of opportunities.

If you’re still not convinced, these stories from Pure Michigan fishing fans are sure to lure you in!

Fishing for Browns, Salmon and Muskie on Lake Macatawa – Holland

In April of 2017 on Lake Macatawa in Holland, my neighbor and I took our children fishing for Browns. We gave the kids the task of reeling everything in. After a while, I thought I had hooked a Brown so I gave the rod to my nine-year-old. It turns out, I had a whopping 30-inch Muskie at the end of the pole! A short time later, my rod moved again. I was sure it would be a Brown this time so I passed the rod to my seven-year-old. After reeling it in we found not a Brown, but a 36-inch Muskie at the end of the line! Neither my neighbor nor myself had ever caught, let alone, even seen a Muskie! Watching the excitement on my boys’ faces while reeling in those rare fish was absolutely amazing! That night we caught eight fish: three Browns, three Salmon and two Muskie. - Justin M.

When I was two, maybe three years old, I was fishing with my family in Munuscong Bay. I remember the energy and excitement as my dad loaded up the boat and pushed us off into the water. I couldn’t wait to cast my Donald Duck pole all by myself. My dad had cast for me several times, but I knew that I had watched him do it enough times to handle it. Once he agreed, I took a deep breath, flung the line up over my head and, as he had feared, threw the pole right in with my cast. He tried to reel in his line as fast as he could to catch my pole as it sank, to no avail.

When it was time to go, I kneeled on the bottom of the boat as everyone reeled their lines in, waiting to see what glorious fish would emerge. Then I spotted it: my trusty friend Donald Duck coming back up through the same murky water with the two biggest Pike hanging on!

Nowadays, I have graduated from my Donald Duck fishing pole and have yet to catch any monsters, but enjoy every minute I get to spend with my feet in the water. - Stacy T.

In July of 2012, we took a two-week family vacation to the Upper Peninsula. One afternoon, we went fishing on Gratiot Lake in the Keweenaw Peninsula for Smallmouth Bass. The boat was anchored on the edge of a sandbar drop off, with only 3 to 4 feet of water under the back of the boat and at least a 16 to 18-foot drop-off on the front. Our two youngest sons, then 13 and 11, went swimming and the fish kept biting! My husband managed to hook a big one, and gave the pole to our still swimming 13-year-old to reel in. Mid-swimming and reeling he starts shouting: "Dad, he's pulling me out to sea!" Our 11-year-old grabbed his brother's life jacket handle with one hand and the boat cleat with the other to keep him near the boat. Eventually, our son pulled in the fish, his dad netted him and I took photos! We let him go, but it was a great day and Pure Michigan adventure! - Jacquie K.

Easter Sunday in 2017 dawned cold and cloudy on Lincoln Lake in northern Kent County. We had just finished celebrating the holiday with a huge prime rib feast, and the adults had eased over to the living room for some relaxation and lazy afternoon snoozing. Sophia, our ten-year-old granddaughter, was soon bored with the adult chatter and asked if she could PLEASE, PLEASE go fishing. As I recall, there was a bit of moaning and murmuring from the vicinity of the couch - something about it "not the right time of day" to catch anything, but her excitement was contagious and soon she and her Nana headed out. Shuffling under leaf piles and digging did not result in worms, so Sophie insisted on fishing with a rusty artificial lure. After a short while, screams of "I GOT ONE" cleared the rest of the family off of the couch as we rushed outside to the unmistakable sound of the line being pulled by a huge fish! She was holding on for dear life, but losing the battle. So with a little help from the family, Sophie landed her first 18-inch, four pound, largemouth bass! -Ellen R.

Last year, I took my two kids and my brother-in-law out on the Saginaw River in Zilwaukee Park. My brother-in-law and I each put out a few lines and watched the kids play on the playground. About an hour later, the kids came over to our spot by the river for some water. I was talking to my son, when I looked over to see my three-year-old daughter with my nine-foot fishing pole in her hand! I told her to leave the pole alone, and went over to get the pole away from her. As soon as I got the rod out of her hands, a 39-inch Flathead Catfish went wild at the end of the line. After five, maybe ten minutes, I landed it. To this day, my daughter claims it was her catch, and that I had the assist. It’s hard to argue her logic. -Todd D.

Just before he passed, my great-grandfather split his lures between my brother and I. Years later my brother gave his half to me. It was Labor Day of 1984, when I finally used the lure my brother had given me, in the South Portage Entry in the Keweenaw Peninsula. I fought for 45 minutes before finally bringing up my largest catch ever. A 48-inch, 25-pound Northern Pike.  I remember showing it to a couple in a nearby boat, to which they replied “My God! We swim in here!" That fish finished third in the State for size. Today, the Pike and lure live together, mounted on my living room wall. A fantastic gift from my brother and great-grandfather. -Bob G. 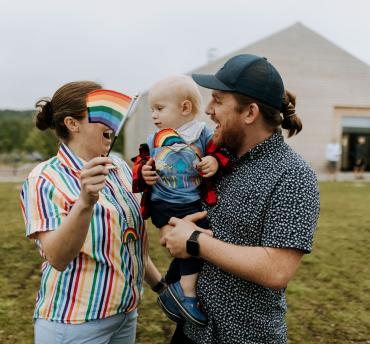 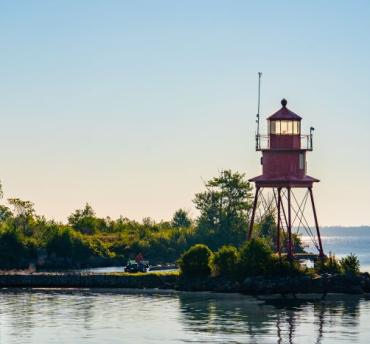 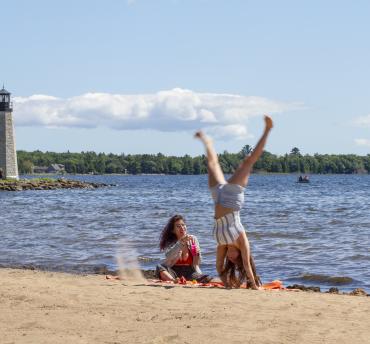 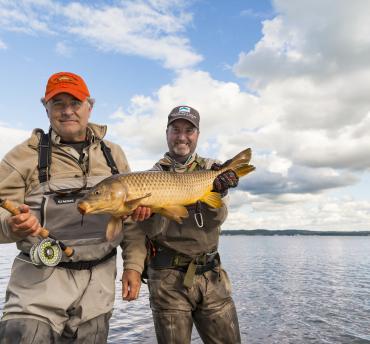