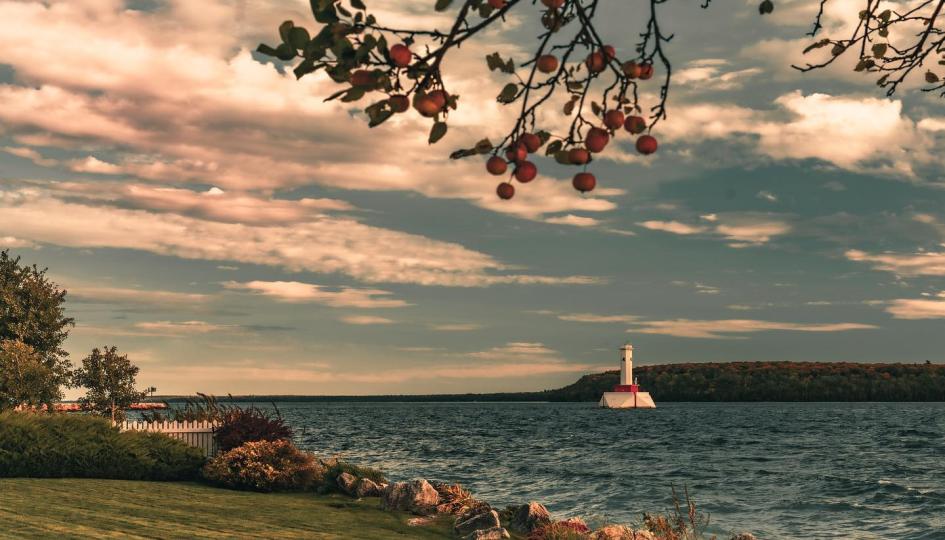 Mackinac Island is like no other island, making it a bucket list destination for visitors from around the world. TripAdvisor rated the striking destination with limestone bluffs and Victorian cottages, on which people travel still by horses and buggies instead of cars, as the number one summer travel destination in America for 2018. The appeal is as timeless as the transportation modes and architecture. The island was the nation's second national park after Yellowstone, putting much of the island into undeveloped parkland before the state of Michigan preserved it as a state park.

Many of the must-dos are the classics, which generally involve horses, fudge, and bicycles, but the Victorian-themed island is not all buggy rides and forts perched on bluffs—although those are musts too! Here is a guide to the top adventures, classic and new. 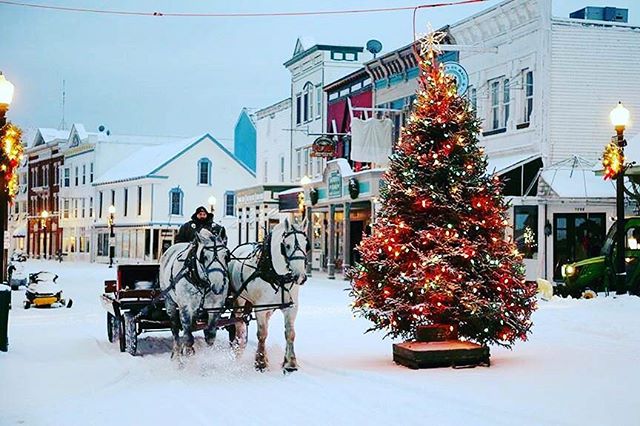 An outing with Mackinac Island Carriage Tours is the best way to get your island bearings. Hop on the fringed surrey, settle in and learn some history, fun facts and more than a few tall tales as you explore the coastline and inner trails. You're participating in island history, too, since the company is still run by descendants of Thomas Chambers, who, while president of the influential Carriagemen's Association, petitioned the city to ban the automobile after a horseless carriage startled a horse. Cars are still banned and rides are still a must on the world's oldest horse and buggy service.

2. Learn the Legends and Lore 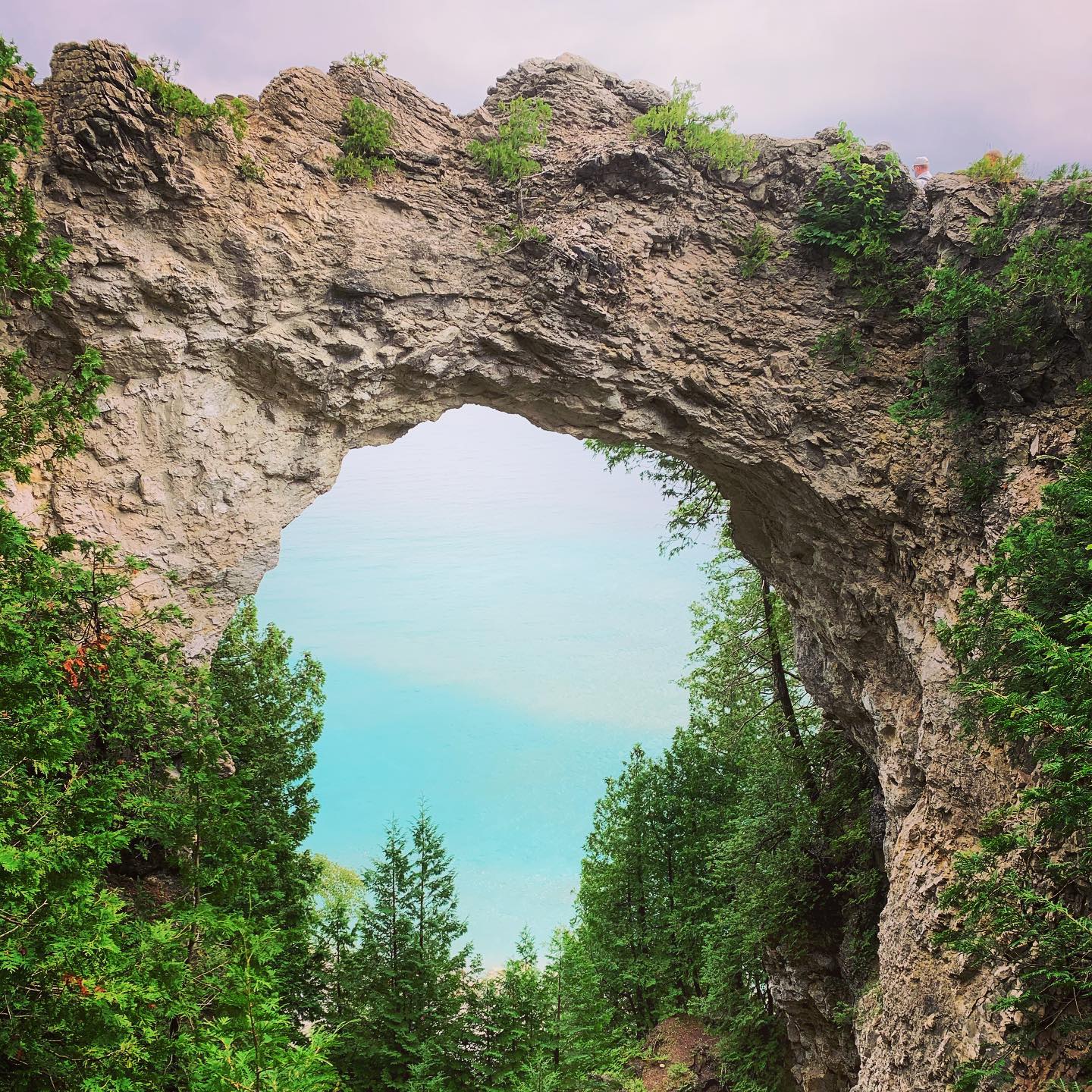 When you're on an island where life began—at least according to Native American lore—you know the stories and legends will be worthy of the hearing. As one example, the Anishinaabe-Ojibwe tradition teaches that Arch Rock, a dramatic limestone landmark that stretches 150 feet above the water, is where the Great Creator blew the breath of life into the newly formed earth. Island resident’s gossip is fascinating too. You'll hear stories both ancient and recent, with a few ghost tales tossed in, on a Mackinac Island Legends and Lore Trek with long-time local Mary Patay. Be ready head inland on foot to enjoy the solitude of Mackinac Island State Park, perhaps to tour Arch Rock, Sugar Loaf, Fort Holmes and more. There are group and individual treks, arranged by contacting: [email protected]

The eight-mile bike ride around the island is a one-of-a-kind experience and not just because your trek is on the state's only official highway that doesn't allow cars. Rent a single or tandem from one of the many Mackinac Island outfitters, or bring your own, and then head around the circle tour that hugs the rocky shoreline. There are plenty of inner island trails for fat tire enthusiasts, too. Mackinac Wheels (and others) guide weekly group rides through the interior, or grab a map and go it alone.

Outfitter Great Turtle Kayak Tours hasn't been on the island long, but it didn't take long for the public to catch on to the beauty of paddling toward the morning sunrise or going out in late evening to catch the sun sinking behind the Mackinac Bridge. Knowledgeable guides also cover history in geology in their casual narration and also point out the boulders below the surface as you pass famed rock sculptures above.

5. Sample Afternoon Tea (or anything!) at the Grand Hotel 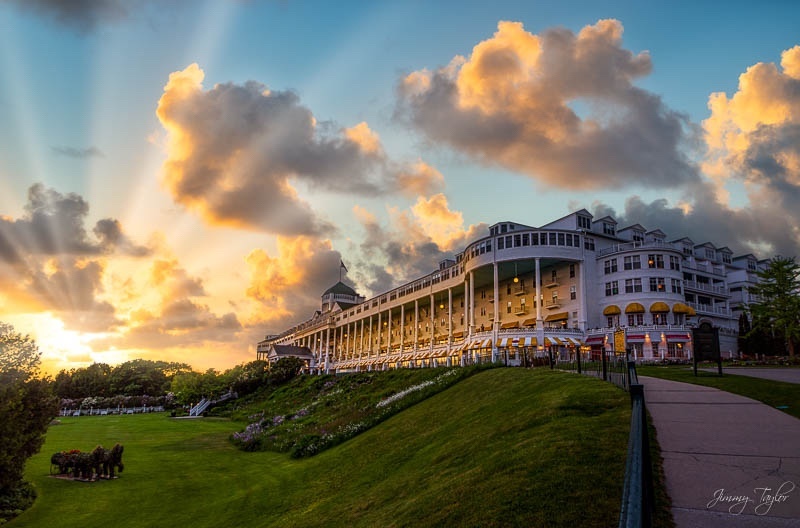 Like everything at the circa-1887 Grand Hotel, afternoon tea is steeped in tradition. In the 1840s, an elegant tea was a popular way to break up the day and provide a snack between lunch and dinner. Today, it's a way for those not staying overnight at the storied hotel to indulge in a taste of its luxury. The century-old tradition includes tea, sherry, Champagne, finger sandwiches, scones and more with live harp music as the backdrop. Book the lunch buffet to experience the grand dining room, or stay the night and wake to the unusual alarm clock of the clip-clop of horse hooves. Popular packages are themed around activities like ballroom dancing and the movie “Somewhere in Time,” which was filmed in large part at the hotel.

Spend some time practicing your swing (with a view!) at Mission Point Resort’s 18-hole putting course: The Greens of Mackinac. This course overlooks Lake Huron and is conveniently located next to Bistro on the Greens. Enjoy the views while you put, then grab a bite to eat. Or stop by the bar to get a drink before you hit the links, and take your beverage with you!

Every Wednesday through the summer, you can take a free tour of the summer home of Michigan's sitting governor and catch its bluff-top view of the Straits with the Governor’s Summer Residence Tours. The Victorian mansion was originally built as a summer cottage, but the state purchased it in the 1940s and turned it into a summer vacation spot for its governor, making Michigan the only state to offer such a perk.

8. Flit around the Butterfly House(s)

Educational and beautiful is what you'll find the tropical gardens of the Mackinac Island Butterfly House and Insect World near St. Anne's Church. Butterflies flit between tropical plants; there's an interactive Insect World exhibit for those who want more hands-on learning. A second butterfly sanctuary, Wings of Mackinac, is located on Surrey Hill.

Island regulars know how to mark their day by the firing of the cannon from the circa 1780 Fort Mackinac perched on one of the island's limestone bluffs. Touring is a must, too, as is joining a tour or demonstration of court-martial proceedings, the music of the era and even dances of the day. The fort rarely saw battle but for much of its life has set up to help oversee park tourism.

The island's earliest art fell along functional lines, much of it like a set of historic maps on display in the Richard and Jane Manoogian Mackinac Art Museum's collection along with interpretation about geography and how it is expressed over time. There's a collection of Native American artifacts and art, and alongside quill baskets and drums are videotaped interviews with artists about how those connect to their culture and spirituality. The collection includes the earliest known painting of Mackinac, "Michilimackinac" by William Dashwood, and art that gets more scenery-focused as the Victorian era approaches, evidenced by the displayed photographs taken by early island photographers, including William H. Gardiner. The museum also houses the souvenirs that pre-dated the fudge, including those made of ruby glass engraved by an islander.