It may be smaller than Lake Superior, but the world's fifth-largest freshwater lake has no inferiority complex. Michigan has a special affection for its namesake Great Lake, and for good reason.

Lake Michigan is fringed on its state twin side by sandy beaches and some of the country's largest dunes. In the middle, it reaches depths of more than 900 feet, shipwrecks the evidence of its considerable power. There's a story-worthy vacation heritage too from the days (still happening) when vacationers would cruise from major cities to sandy shorelines with sweet beach towns, sprawling resorts and family-owned cottages.

Today's cruises still feature beautiful shorelines, deep blue waters and stunning sunsets. But you'll get even more variety. In some cases, the cruise is the vacation. Cruise liners that you might expect to find in the Caribbean are increasingly offering week-long trips within Lake Michigan alone, or on various Great Lakes. You can also sail into the past, almost literally, on tall ships, or head out for a sunset champagne sail from many ports. Here, are a few options for catching some Lake Michigan wind in your sail (or cruise deck).

The ferry between Charlevoix and Beaver Island is a tourist attraction in itself for boat lovers who line the Pine River channel to watch the 130-foot-long beauty pass under the drawbridge. The ferry makes the 32-mile, two-hour trip daily to Beaver Island. Upon arrival, book a guided tour of the island, rent a bike, or charter a boat to reach outer islands or tour the shoreline. There are two lighthouses, seven inland lakes, campgrounds, hiking trails, hotels, restaurants and shops where you can rent kayaks, bikes or cars. The history is fascinating enough to make that a focal point, especially as it involves King James Jesse Strang, an American religious leader and politician who back in the mid-1800s formed a monarchy and declared himself the island king.

Ferry trips to South Manitou Island, part of the Sleeping Bear Dunes National Lakeshore. Leave from the Leland Harbor at 9 a.m. and return at 5:30 p.m., making for a memorable day trip around a lighthouse with a panoramic view, the historic schoolhouse and farms, the wreck of the Francisco Morazan, and a large stand of virgin white cedar. Pack a picnic lunch, though; there are no restaurants on the island. Want more time on board? The boat, the Mishe-Mokwa (“Mother Bear” from the legend of the Sleeping Bear) returns in time to load passengers for a cruise along the Whaleback Dunes and chance to catch Leland's famed sunsets by water.

Under both sail and microscope is how you'll explore Suttons Bay and elsewhere when you book one of the public sails on the schooner Inland Seas. This year, you can pick from music, art, astronomy and even breakfast themes for your sail as well as the hands-on science outings complete with on-board microscopes. For them all, prepare to join in the singing of sea shanties as you hoist the trademark red sails.

You'll “ready, haul and heave away” then watch the 300 feet of canvas catch the wind in Grand Traverse Bay when you book one of the largest ships sailing the Great Lakes. Day sales feature ice cream or the chance to catch the setting sun and bay's fading light. On all, you'll learn what life was like in the 19th century by living it. There's even the chance to sleep on board through the regular Bed and Breakfast sails or themed windjammer cruises on which you can pick the theme from among wine, the night sky and more, but not the direction. The wind dictates whether the schooner will visit Omena Bay, Charlevoix, Beaver Island or several other options.

The original tall ship called Friends Good Will was built in 1810 as a merchant vessel, but was confiscated in 1812 by the British, who lured it into a Mackinac Island harbor, while carrying furs and skins and military supplies to Fort Dearborn. It was recaptured by U.S. Commodore Oliver Perry, who famously proclaimed: "We have met the enemy and they are ours: Two Ships, two brigs, one schooner and one sloop.” The current ship is a replica of the sloop, and today, you can book a day sail, sunset cruise and even relive the boat's adventurous past on the “pirate chaser” trip.

Holland offers a dinner cruise on the Holland Princess riverboat that starts on Lake Macatawa. The boat cruises through a small channel and onto Lake Michigan during the two-hour cruise. In Muskegon, the Port City Princess takes passengers out onto Lake Michigan and serves dinner too to the backdrop of live entertainment and the setting sun.

There's a two-cruises-in-one feel on this 40 foot sailing catamaran's tours that start in Lake Charlevoix and end in Lake Michigan with time to swim in the middle. The Sunshine II offers early, late afternoon and sunset sails, and the journey includes glimpses of the city's popular “mushroom houses” as well as the chance to head under the drawbridge between Round Lake and Lake Michigan.

Listen to the water flowing over the red paddlewheels of the Star of Saugatuck II, and you'll be exploring in much the way travelers did along the Kalamazoo River and into Lake Michigan, in the 1860s. Take a day or sunset cruise and grab a snack; they're served onboard.

By day you'll hula hoop on the catamaran deck to Disney tunes and a donut snack, but by night, the hula hoops might be glowing as you sip champagne and dance to local bands. The 47-foot catamaran is the largest commercial sailing vessel on the Great Lakes, and it may be one of the most fun. You score the best deal on the afternoon kid’s cruise in which anyone can help raise and lower sails and blow bubbles off the back. Weekend cruises feature dancing into the midnight hours.

For eight days, seven nights, you can cruise on the Grand Caribe and Grande Mariner around Lake Michigan, to ports that include Holland, Beaver Island and Mackinac Island. Cruise companies are billing this as a chance to see waters that chance with the seasons—from brilliant aquamarine to inky sapphire to icy white—and to combine the folklore and charm of heritage destinations with the backdrop of gentle waves, pristine coastline and white sand beaches.

11 Unique Wine Experiences You Can Find at Michigan Wineries 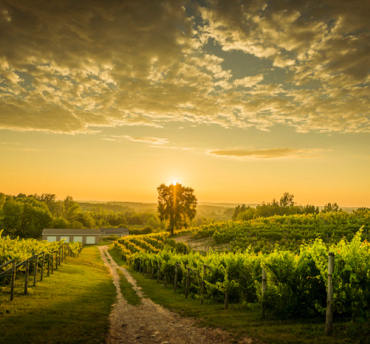