16 Unique Places and Unusual Things to Do in Michigan 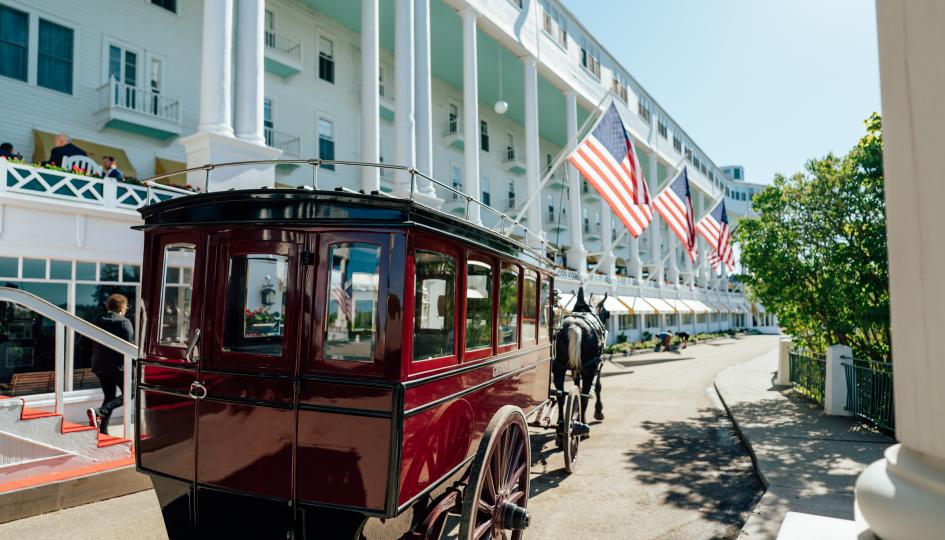 1. Ride in a Carriage

Head to Mackinac Island for a tour with Mackinac Island Carriage Tours, home of the World's Largest Horse & Buggy Livery. Visitors can take a one hour and 45 minute narrated historic and scenic horse carriage tour through the island.

The Superior Dome in Marquette, the world's largest wooden dome has a retractable turf, three basketball courts, tennis courts, and volleyball courts. It is host to trade shows, banquets, conferences, and athletic events.

The World's Largest Weathervane in Montague was built by Whitehall factory employees. This functioning weathervane is 48 feet tall with an arrow 26 feet long.

5. Get Spooked in a Haunted House

Baker's Keyboard Lounge in Detroit, is the world's oldest jazz club. If you like traditional jazz, great atmosphere or if you enjoy just stepping into history then it’s the spot for you.

7. Stop at a Memorabilia Collection

Dawson & Steven's Classic 50's Diner in Grayling has the largest private collection of Coca-Cola memorabilia in Michigan. Over 10,000 pieces of memorabilia make up the museum, housed in the authentic 50's diner.

The Grand Haven Musical Fountain in Grand Haven, is the world's largest musical fountain. A synchronized display of water and lights on the harbor offered nightly beginning Memorial Day through Labor Day.

If you like magic posters, neon, antiques, advertising, ceiling fans, slot machines, memorabilia, robots, airplanes or animation, then Marvin's Marvelous Mechanical Museum in Farmington is the place to visit. Marvin's boasts coin-operated games from the oldest gypsy fortune-telling machines to the latest in laser hologram video games of the 1990's.

Visitors that enjoy fun excursions and unique destinations will find plenty to smile about when they arrive in Hell. “Sinfully delicious” is the phrase most often heard by patrons that frequent Screams Ice Cream. While here you can enroll in Damnation University, experience some world-class haunted effects. Hell is guaranteed to be appreciated by folks with a great sense of humor.

A world-renowned reproduction of over 25 prehistoric birds and dinosaurs on a 40-acre tract of land split by Devil River can be found at Dinosaur Gardens in Ossineke. Dinosaur Gardens features a brontosaurus over 80 feet long and weighing over 60,000 pounds.

The Antlers: Taxidermy Restaurant in Sault Ste. Marie is a unique dining experience in northern Michigan. Enjoy viewing over 200 mounted animals while waiting for your meal. Try the famous Soo Stew Canoes!

The Jerky Outlet in Dundee is one of the world's largest jerky outlets - beef jerky, turkey jerky, elk, venison, buffalo, alligator jerky...even kangaroo! Visitors can bag their own or pick an assortment of pre-packaged jerkies.

15. Get in the Holiday Spirit

Bronner's CHRISTmas Wonderland in Frankenmuth is the world's largest Christmas store with over 90,000 square feet of newly expanded shopper's dream! Bronner's is bigger than one and a half football fields in size featuring over 50,000 trims, gifts, and collectibles.

The world's largest piece of float copper is located in Presque Isle Park. It is the largest found anywhere in the world.  It weighs 28.2 tons, measures 14 feet by 15 feet. Marquette residents are working to assure that this copper specimen will remain in Marquette in a visible place for tourists and residents to enjoy. 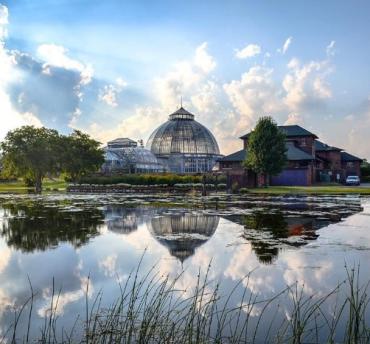 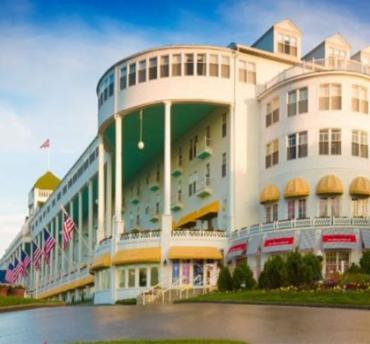 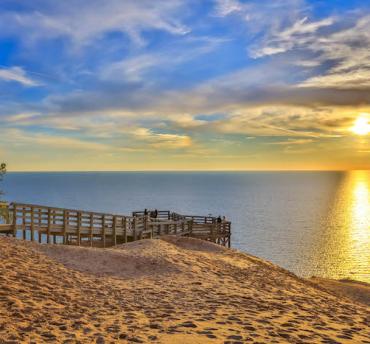 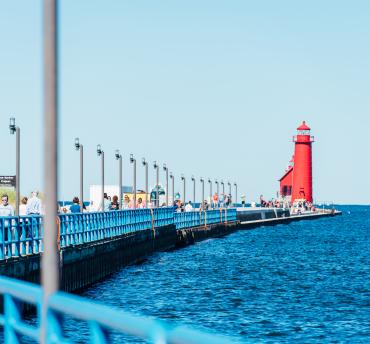