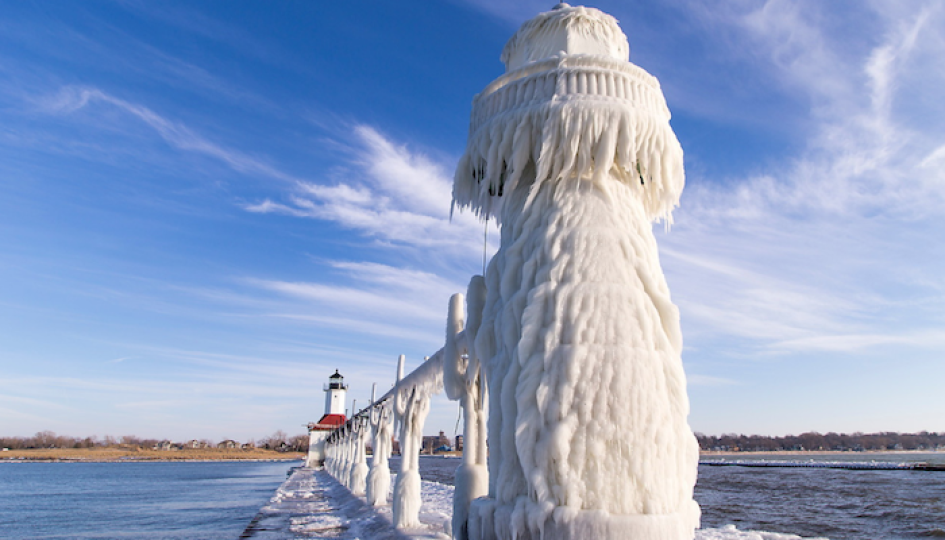 During the winter months, you'll find ice castles instead of sandcastles along Michigan’s 3,200 miles of shoreline, as the many lighthouses that dot the coasts freeze over from a combination of frigid waves and temperatures. Tall and elegant or short and utilitarian, beautifully restored or lying silently forgotten, these frozen lighthouses in Michigan are definitely worth a visit.

This oldest standing structure in Benzie County, the Point Betsie Lighthouse marks the all-important entrance to the southern end of the Manitou Passage Underwater Preserve—a once-vital maritime shipping channel. Although the lane is no longer used by large commercial vessels, the operating light signal remains a US Coast Guard aid to navigation to this day and the site shines as a treasured landmark to mariners and landlubbers alike. Constructed in 1858, Point Betsie Lighthouse sits at a bulge in the West Michigan shoreline, a spot that once threatened ships en route to the Straits of Mackinac. The bright white tower and its keeper’s house are topped by a red roof and black lantern. Both open for tours and the light keeper’s quarters are ever available for weekly rentals.

Standing watch over Lake Michigan waters, the North Pierhead Lighthouse welcomes boaters into its harbor and is a reminder of Manistee's great maritime history. First built in 1869, it burned in the Great Fire and a new one was constructed in 1872, augmented with a combination fog signal and light tower at the end of the wooden north pier. To make access to the light safer during stormy weather, this new light was outfitted with an elevated wooden catwalk running from the shore to the light. Many Michigan lighthouses demolished their catwalks when the lights became electrified, so Manistee's catwalk is a rare sight. In the late 1920s, after extensive pier renovations, the old fog signal building was replaced by the present structure.

Listed on the top five "must-dos" during your Ludington vacation. Built in 1924, the lighthouse is located on the north breakwater pier at the end of Main Street in Ludington. The structure is made of steel plates in the shape of a four-sided pyramidal tower with four round porthole windows on each of its three decks. Each level has interesting items and pictures for visitors to explore as they make their way to the lantern rooms. At the top, guests are treated to a view of Ludington harbor.

The narrow strip of water that connects Muskegon Lake to Lake Michigan is protected by two concrete walls stretching out into the water. The first light built to watch over these waters was a wooden structure built in 1851 on the keeper's dwelling. In 1871, Muskegon South Breakwater Light was rebuilt as a square steel-sided structure and remained with the keepers dwelling. When it was decommissioned in 1903, it was moved to the inner end of the south pier. Standing on the breakwaters today are two smaller lights. The Muskegon South Breakwater Light is located at the Lake Michigan side breakwater of the Lake Muskegon Channel, approximately one-half mile from shore. Built in 1931, the 63-foot tall tower is a pyramidal light that sits atop a square equipment room.

Grand Haven’s South Pier is synonymous with the city itself, a pleasant breakwater that stretches out into Lake Michigan. Two cherry-red lighthouses, both lit in 1905, sit atop the pier. The first is a round, 51-foot-tall inner light and the second is a house-shaped fog and lighthouse at the pier’s outer reaches, about half as tall. Grand Haven’s catwalk was no rarity in its day—the elevated walkway allowed access to the lights from land even when many feet of snow and ice buried the pier below. Few of these catwalks remain, destroyed by the elements over time. Grand Haven’s catwalk is one of those few, recently restored and lit after hours with twinkling white lights. There is no public access to the lights themselves, although thousands enjoy walking, fishing and boating past the lights along the pier.

In 1907 St. Joseph extended its pier by 1,000 feet, rendering its 1859 lighthouse obsolete. In its place were built the North Pier Inner and Outer Lights that you see today. The white lights rank as a beloved landmark in St. Joseph, and are still joined by their original catwalk. Access to the lights themselves is prohibited, but visitors and locals enjoy walking the pier to see the lights up close. Good photo opportunities can be had at Tiscornia and Silver Beach Parks.

Built in 1868, Grand Island’s East Channel light sits surrounded by the wilderness of the Pictured Rocks National Lakeshore. Since the light was very hard to see from Lake Superior and quite difficult to maintain due to its wooden structure, it was decommissioned in 1905 and the Munising Range Lights were constructed to replace it. After decommissioning, the lighthouse became severely neglected and was in danger of being washed away due to erosion. The "Grand Island East Channel Lighthouse Rescue Committee" was officially formed to undertake the restoration of the Upper Peninsular gem and now travelers and shutterbugs from all over are attracted to its rustic and weathered appearance. Although the light is privately owned and inaccessible to travelers, you can still catch a glimpse of this beauty on boat cruises through the channel.

Eagle Harbor Light is located 32 miles northeast of Houghton on the Keweenaw Peninsula. Built in 1851, the octagonal brick tower, with attached keeper’s quarters, was constructed to warn approaching ships of their proximity to the Keweenaw Peninsula. A fog signal was added to the light in 1895. The light is still active and open to tours, and its quaint lighthouse keeper’s residence houses a fascinating nautical and historical museum operated by the Keweenaw County Historical Society. 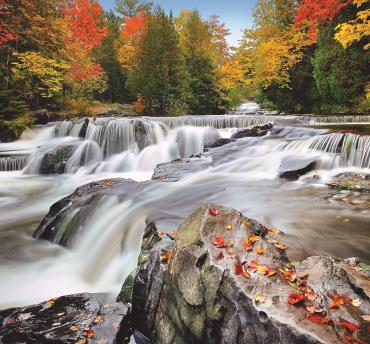 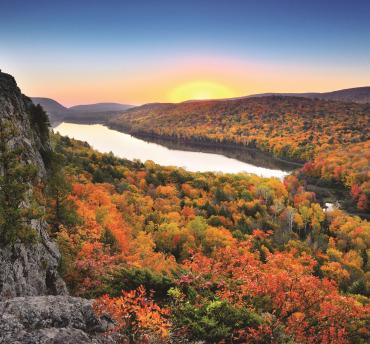 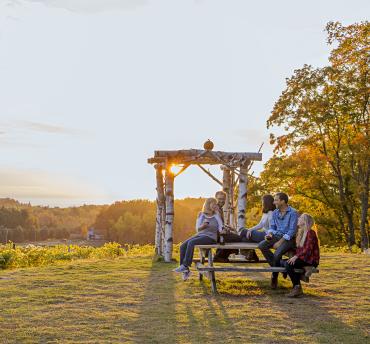 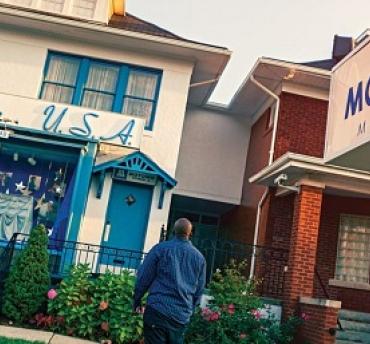